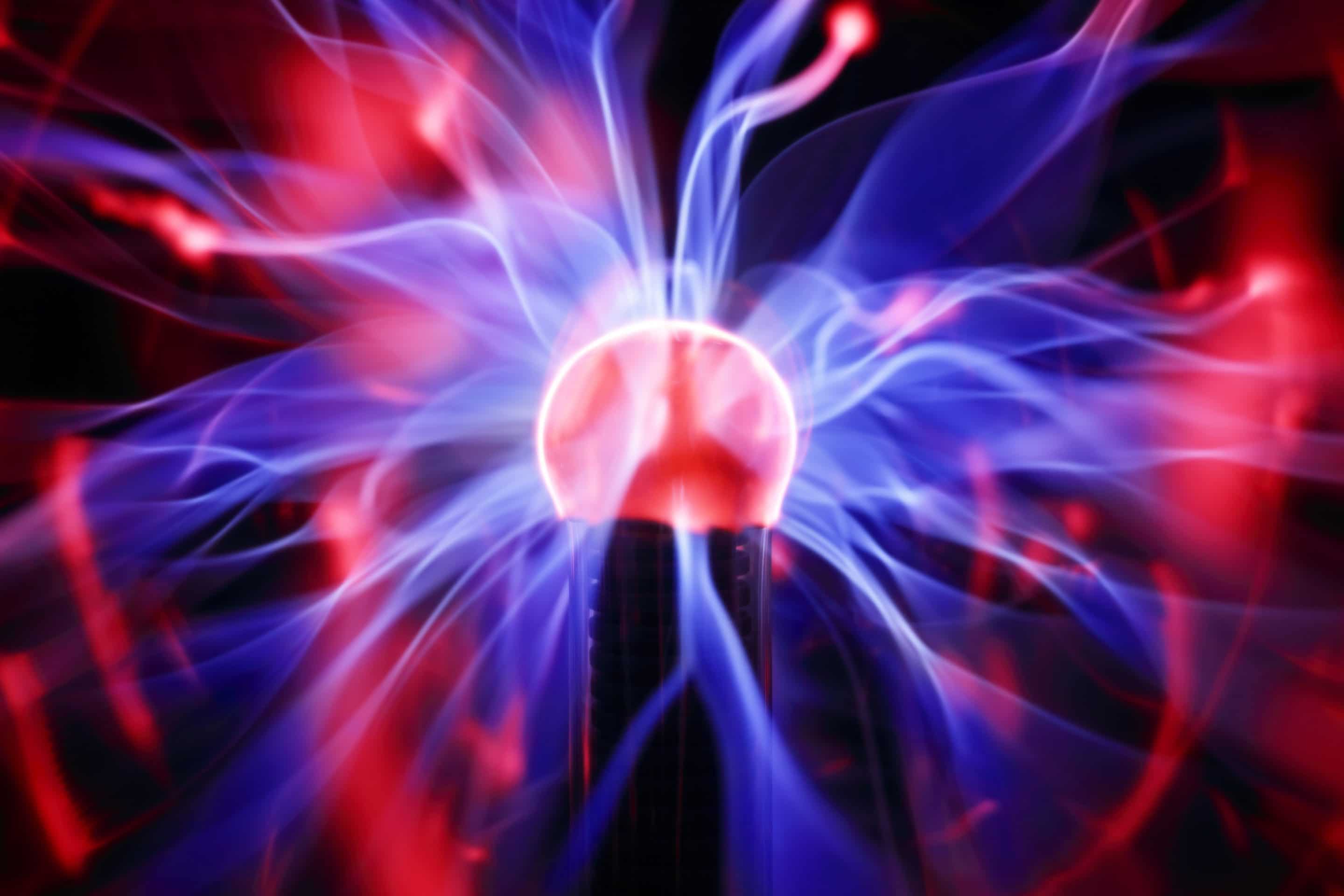 Plasma energy is produced when fusion takes place in a controlled and magnetized environment. Plasma is the fourth state of matter, a gas in which a sufficient amount of energy is present to enable ions and electrons to coexist. Scientific evidence suggests that plasma is actually the most common state of matter in the universe, and plasmas are even present on earth. The distinguishing factor between plasma and gas is that plasma has become energized to the point where some electrons break free from and continue to travel with their nucleus.

Bright celestial objects, like the sun and stars, are powered by plasma fusion. Hydrogen fusion in the core of the sun takes place at a temperature of 14 million kelvin. Replicating plasma fusion on Earth’s surface usually requires higher temperatures and lower pressures. Recent research at universities and labs around the world indicates that this process can be replicated, and the power generated may be harnessed as a clean and renewable source of energy. This method of generating power is sometimes referred to as capturing a star in a jar.

Fusion energy involving plasma is an attractive renewable source because fossil fuels and other unsustainable energy sources will become exhausted over time. Other renewable methods that are growing in popularity, such as solar power or wind, cannot presently produce power at a comparable concentration.

How Is Plasma Fusion Produced?

To generate energy through plasma fusion, scientists must build containers in which intense conditions that resemble the energy-generating qualities of the sun can be produced and maintained. The demands on container and wall materials are high, making the composition of the plasma and container materials and the design of the vessel essential matters. To produce energy using plasma, a vessel must remain intact during the fusion process, and the plasma must remain clean.

Creating a powerful magnetic field is an integral part of the construction of containers suitable for fusion experiments. One of the most common designs is a tokamak, a magnetized toroidal-shaped chamber. Fusion reactors are designed using different materials and ingredients to alter the ultimate power output from plasma by controlling interactions between the plasma, wall, and container. Most of the major challenges that researchers have encountered in recent years involve plasma-surface interactions. PSIs describe the interaction between plasma, walls, and other materials within a confined and magnetized environment.

At this time, short pulse magnetic confinement machines such as TFTR or JET have already proven that it is feasible to measure fusion taking place in plasma. Plasma energy has not yet generated enough power to offset the amount consumed in producing the conditions that are necessary for fusion to take place. Plasma power is only beginning to reach the point where it can be operated for a short period of time – approximately a minute or a slightly longer – at an efficient level of performance. Plasma research presently centers around the International Thermonuclear Experimental Reactor located in southern France. This project is jointly sponsored by the European Union, Japan, Korea, India, Russia, China and the United States. Construction of the ITER Tokamak began in 2013, and the facility is expected to be completed in 2021. Plasma experiments are scheduled to commence in 2025. The leadership of this research project also plans to develop the first commercial demonstration fusion power station, DEMO, and undertake full deuterium-tritium fusion experiments beginning in 2035.

The United States Department of Energy began contributing primarily to ITER in 2016. Over the preceding years, this federal agency funded fusion energy research at several leading research universities across the country, including the Plasma Science and Fusion Center at Massachusetts Institute of Technology. The Alcator C-Mod tokamak at MIT reached temperatures as high as 35 million degrees Celsius, approximately twice as hot as the center of the sun, while the tokamak container remained intact. This method of generating fusion energy relied on a process called ion cyclotron resonance heading to move the plasma within the tokamak. Antennas send radio waves at frequencies that excite particles in the plasma.

The plasma used in experiments at MIT typically consisted of approximately 95% deuterium ions, which combine protons and neutrons, as well as about five percent of hydrogen ions or protons. Prior to the defunding of the project in 2016, researchers at the Plasma Science and Fusion center were also experimenting with introducing a very small amount of helium-3 to the plasma to achieve greater power generation outcomes. Early experiments found that the presence of less than one percent of this third type of ion significantly boosted energy production, and these results were subsequently replicated at one of the largest fusion devices in Europe.

Fusion energy researchers at the Joint European Torus registered a 10-fold boost in energy as a result of the presence of helium ions during plasma fusion. It is significant that the results obtained with the Alcator C-Mod tokamak and Joint European Torus were both achieved using non-activated devices. With the introduction of helium-3 ions, both were able to reach energy ranges equivalent to those obtained through activated fusion. Researchers at MIT also achieved the highest plasma pressure ever recorded before losing DOE funding. This federal support was redirected to the ITER project in France.

Other major fusion energy experiments around the world include the Wendelstein 7-X fusion energy device in Germany. This reactor, which is also called a “stellarator,” relies on hydrogen plasma and releases energy produced by fusing the nuclei of lighter atoms with heavier atoms. The plasma in this device reaches temperatures up to 80 million degrees Celsius and produces harmless helium as a waste product. Even more recently, the Korean Superconducting Tokamak Advanced Research Reactor maintained high-performance plasma in a stable state for 70 seconds in late 2016. The KSTAR reactor at the National Fusion Research Institute in South Korea is another tokamak reactor in which plasma blobs reach temperatures up to 300 million degrees Celsius.

Some companies are experimenting with using more diverse fuel sources to produce byproducts that have other sustainable uses. The British company Advanced Plasma Power combines gasification and plasma treatments into a proprietary process called Gasplasma. This process converts non-recyclable garbage and waste into refuse-derived fuel, specifically a hydrogen-rich synthesis gas. Gasplasma also produces an inert substance that APP calls Plasmarok and markets as a construction material. The company transfers the crude syngas over to a plasma conversion device where heat exceeding 8,000 degrees Celsius and ultraviolet light combine to crack tar substances and break down char materials. APP is also working on developing methods for converting refuse-derived gas into advanced biofuels such as compressed biomethane.

What Are Some Known Effects of Plasma Energy? Over the last 10 years, academic and governmental institutions around the world have funded multiscale studies of PSIs and fusion energy generation. This method of energy generation is considered safe as long as the magnetized vessels that contain the plasma remain contained. Many methods have harmless or even useful byproducts and waste. In general, nuclear fusion produces very little waste compared to fission. The large numbers of high-velocity neutrons produced during fusion have been shown to be capable of being absorbed by lithium and recycled to make more fuel.  Further research may lead to plasma becoming a major energy source in the future.

At present, plasma physics remains largely experimental and theoretical, at least when it comes to generating energy on Earth. Leading researchers have expressed confidence that 10 or more years of research and development in plasma, plasma wall, and tokamak technologies will lead to a practically inexhaustible source of power that does not harm the environment. Fusion may prove a vastly more efficient method of generating renewable energy than wind, solar, or other naturally-occurring sources on Earth’s surface, as contained plasma fusion can take place anywhere regardless of the location or weather conditions.

What’s Next in Plasma Energy?

As soon as the 2030s, plasma fusion may come to play a critical role in meeting the world’s ever-increasing energy needs. Scientists generally agree that plasma or fusion energy will not be available on the grid for at least another decade. Recent experiments do suggest that, with continued research, plasma will eventually become a viable energy source. The potential of plasma is a bright idea proven in experiments around the world. In the future, plasma may help to solve energy crises using materials that are carbon-free, sustainable, and far more concentrated and powerful than other sources of renewable energy.

For now, the primary obstacle to efficient energy generation lies in PSIs in tokamaks and other specialized fusion vessels. Research into materials and design at ITER promises advances that may lead plasma to become a viable energy source that reduces our global reliance on non-renewable energy sources that carry steep environmental costs and pose significant challenges to conservation agendas. The primary objective of this ongoing research is to test predictions and model the performance of plasma mixtures and container materials to determine how plasma fusion may power the future.