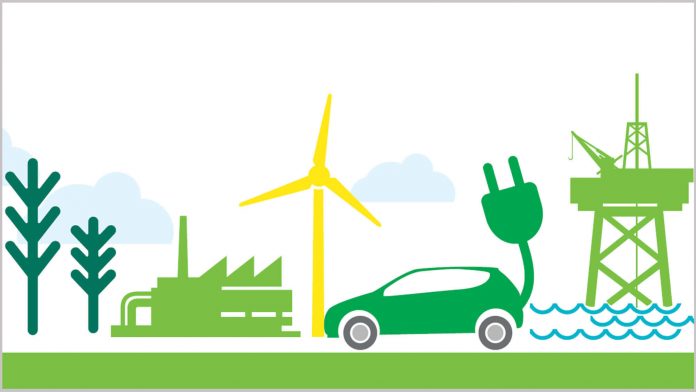 Since the Industrial Revolution, the use of machines by humans has produced gases and chemicals that are released into the environment. Today, carbon dioxide, or CO2, is the most prevalent greenhouse gas emitted by human technology use as a result of the chemical process of combustion. Fuel in cars and airplanes releases copious amounts of carbon dioxide into the environment, as well as the use of electricity in homes and businesses.

As CO2 levels rise and threaten to endanger the lives of humans, plants and animals, there is more pressure than ever to reduce the carbon footprint you leave on the Earth. With recent breakthroughs in converting CO2 to ethanol, it is possible to not only reduce the amount of carbon dioxide released into the air, but also to remove the gas from the environment and repurpose it for safer energy use. Ethanol is technically an alcohol, which simply means its chemical structure contains a branch off of a carbon atom containing an oxygen atom connected to a hydrogen atom. Most often, in terms of energy, ethanol appears in a mixture with gasoline to fuel cars. Usually, ethanol makes up roughly 10% of the mixture. Ethanol is a renewable energy source because it is most often made from fermented corn. While it is renewable, ethanol made from corn is not necessarily sustainable.

In the United States alone, 14 billion gallons of ethanol are used annually. It takes millions of acres of land for farming corn to continue producing such a large volume of ethanol, and the number of gallons is only growing. In some countries, like Brazil, there is fuel entirely comprised of ethanol, though not all vehicles are compatible with the fuel. Ethanol is also used in antibacterial cleansers like cleaning products, soaps, and sanitizing wipes and liquids. It also serves as the intoxicating chemical compound in alcoholic beverages. In addition to these uses that occur in everyday life for most humans in the Western world, it is an important solvent in many chemical mixtures and processes regularly used by scientists. With all the demands on the supply of ethanol, processes, in addition to the fermentation of corn, are necessary to support each need. While the majority of ethanol used in the United States comes from fermented corn, that is not the only way to produce it. Converting CO2 to ethanol is not only possible, but is also getting easier as technology and science progress. This is a wonderful way to reduce carbon dioxide in the environment without suggested efforts such as burying the greenhouse gas deep in the earth, which is a very expensive solution.

Producing ethanol from carbon dioxide always requires chemical reactions. The problem is that many chemical reactions result in multiple compounds. Oftentimes, the chemical process will produce one compound in larger amounts and also have small amounts of other compounds because of side reactions, which are essentially unavoidable byproducts of the main reaction. In one method, conversion occurs through a process that mimics photosynthesis, which is the process by which plants take in light and carbon dioxide to release oxygen. Like photosynthesis, this reaction depends on natural energy from sunlight. With this method, carbon dioxide is converted into ethanol and ethylene. Ethylene from this reaction can then be converted into ethanol, but is also used to produce polymers and other chemicals.

Another method uses copper crystals and electrical currents to change carbon dioxide and water into ethanol and propanol, another valuable chemical product. This process depends on a very specific kind of copper crystal. Many strains of copper appear similar to the naked eye but function very differently in chemical reactions. Scientists who use this method hope to create similar reactions with nickel instead of copper and direct sunlight instead of man-made electricity. If there are more ways to initiate similar reactions, more carbon dioxide will be removed from the environment.

More recently, scientists discovered a more efficient way to convert CO2 to ethanol. By using a catalyst made up of copper, nitrogen, and carbon, they were able to create a chemical reaction that significantly reduced side reactions, producing much more ethanol with much less energy than some others. This process is also less expensive than other methods of producing ethanol from carbon dioxide. Because it is efficient and cost-effective, the process can be increased in scale to an industrial level.

What Are the Benefits of Using Carbon Dioxide to Produce Ethanol? Carbon dioxide is very dangerous to the environment and is one of the most significant man-made factors in climate change. As use of machines in everyday life emits carbon dioxide, the Earth is put more at risk for global warming, and the effects of temperature changes can lead to the extinction of wildlife species. The ability to convert CO2 to ethanol, a renewable energy source, provides many possibilities for the reduction of the greenhouse gas from the environment through removal and use of energy that does not harm the atmosphere.

While more homes and vehicles utilize solar and wind power than ever before, it can be difficult to store this energy in significant amounts. This causes problems when the natural elements that provide this energy do not supply enough to meet the needs of a building or car. Ethanol increases the possibility of storing larger capacities of energy from sources like solar panels and wind farms to reduce the frustration of the power dilemmas often associated with renewable and natural energy. As methods for conversion of carbon dioxide to ethanol improve and become more readily available, they will be easier to use on an industrial scale. Because it is cost-efficient and produces renewable energy, this process of reversing combustion will be used more often and make a bigger positive impact on the environment. The more carbon dioxide is converted to ethanol, whether through artificial photosynthesis or copper catalysts, the more damage to the environment can be reduced, reversed, and prevented in the future.

How Does a Solar Panel Work? Learn About Its History and Benefits