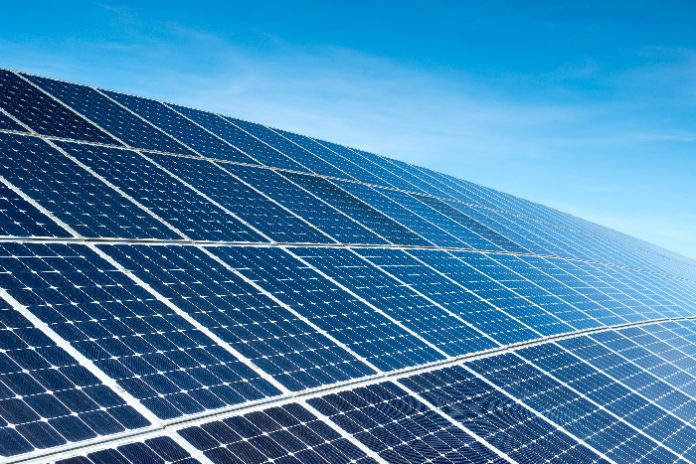 With constant talk of dwindling resources and serious issues with climate change, it’s no wonder that an increasing number of people are looking for ways to save money, resources and the environment. One popular method is solar energy. Check out these solar energy facts to see if it’s right for you.

1. Solar Power Has a Long History Many people consider solar energy a new technology, but, solar power was discovered nearly 200 years ago. In 1839, Alexandre Edmond Becquerel discovered the ability to create electrical currents using a conductor and the sun’s rays. This is known as the photovoltaic effect. Despite this discovery, however, the first commercial photovoltaic didn’t come to be until Bell Laboratories invented it in 1954. Two years later, the public could purchase their own solar cells, but a $300 per watt price tag meant that few did. By 1978, solar-powered calculators were a thing, but further progress was relatively slow over the next couple of decades. In 2016, one company used cadmium telluride panels to convert sunlight into energy and achieved 22.1 percent efficiency. Here we are, two years later, and now an increasing number of businesses and homeowners are finding ways to incorporate solar energy into their daily lives.

2. Solar Power Is Easier To Understand Than Most Realize Most people know that solar power comes from the sun’s energy, but many mistakenly believe that the methods are too complicated to understand. Solar power is easier to understand than many expect. Solar energy occurs when the photovoltaic cells in solar panels cause photons and electrons to react on an atomic scale. When the light rays and the electrons collide, the electrons come loose. From there, they are channeled into usable electricity. The entire process takes eight minutes, plus a few seconds for the solar panels, which should face south in the United States to capture the sun’s rays. Like traditional electricity, solar power is measured in watts, and most solar panels have capacities of 200 or 250 watts, which means they can produce up to ten kilowatts of energy per square foot. A home that uses the average energy of 11,000 kilowatt-hours per year will need 30 250-watt panels that receive about four hours of full sunlight per day. These panels will do everything from keeping the lights on to running air conditioners and heating up water heaters. Solar power will be a reliable source of energy until the sun dies, which won’t be any time soon. In fact, the energy is so readily available that Las Vegas operates on 100 percent renewable resources. They weren’t the first, though. Burlington, Vermont, was the first city to achieve the goal. In addition, California, Arizona, North Carolina, Utah and New Jersey all top the charts for their use of solar energy. As of 2016, more than 260,000 Americans worked in the solar power industry, a number that is expected to climb by at least 100,000 by 2021. New panels are installed about every minute right now and installation is expected to become even faster as panels become even more affordable. When people hear that solar power is healthier, they often equate it with “better for the environment.” What some people forget is that “better for the environment” isn’t just about longer-living natural resources and better air quality. The resources and air quality directly relate to plants, animals and our own health. Solar energy is one of the cleanest and most sustainable resources in the world, it creates no further pollution. This is especially important because pollution is known to affect as many people as does malaria or HIV, and its effects are especially harmful to children and the elderly. Solar power doesn’t even add to noise pollution; the entire process is completely silent. just one household solar panel system reduces CO2 by nearly 100 tons in its lifetime, even when you include the energy required to manufacture the panels. The more panels the planet installs, the better the air quality will become for future generations. Over the last decade, the cost of solar panels has dropped by 80 percent is expected to keep declining. In 2016, the average cost of solar energy was $0.12 per kilowatt. Currently, installing a solar panel system costs about $16,800, but tax credits mean you can get back several thousand of the cost in many cases. The price will keep dropping, but it’s worth it even now. After the panels are installed, maintaining them costs nearly nothing and the return on investment is quite high. Depending on your credit, you may not even need to purchase your panels outright. An increasing number of companies are providing financing or even rental options so that more people can afford to make the switch. If you purchase outright, your panels will likely have a warranty of about 25 years, and if you rent or lease them, they will likely come with a free maintenance clause for the duration of your payment plan. You can even earn money, in many states, by selling the excess solar energy that you produce, and incentive programs offer even more ways to save. Other benefits include being exempt from property taxes and added value to your home, which is especially helpful if you plan to sell in the future. Sure, solar energy can power homes and businesses, but it can also power trains, cars and space stations; did you know it can even power airplanes? In early 2016, a Swiss pilot named Bertrand Piccard flew a solar-powered plane around the world with no backup power source. He departed Abu Dhabi in the plane, known as Solar Impulse II, and returned in July of the same year. The plane was used to make a statement about the importance of solar energy and what it can do for the planet.

7. Solar Energy Can Be a Community Project Some people decide to skip solar energy because they don’t want to install the panels on their property. You might be surprised to learn that you don’t necessarily need to put panels on your own property to reap the benefits of solar energy. The concept of communities sharing solar power by creating solar farms with hundreds or thousands of people on the grid has taken off in the last couple of years. In fact, many large utility companies are beginning to offer the option. It’s currently most popular in California, Minnesota, Colorado and Massachusetts, but it is expected to take off across the country in upcoming years.

Whether you decide to install your own panels or join a community grid, research your options thoroughly. Doing so ensures you get the best deal for your money and for the planet. Like any industry, some people make false claims about their solar panel projects because they want to make a quick buck. Don’t let yourself be duped.

How Does a Solar Panel Work? Learn About Its History and Benefits