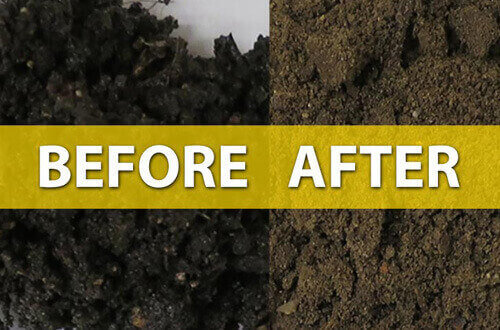 What is bioremediation? Bio means “life”, and remediation is the act of setting something right. Together, bioremediation describes a natural process whereby living organisms, primarily yeast, fungi and bacteria, decompose hazardous substances into something less toxic to the environment and to people.

In fact, these organisms do very well in these toxic environments, which benefits the organisms and people. Many helpful organisms already perform these functions, and the processes happen all around us. At the same time, scientists attempt to create these kinds of organisms to combat new and hazardous wastes created by humans.

There are currently three different types available for use:

Utilizes specialized digestive enzymes and certain types of fungi in decontamination of water and wetlands.

Exploits toxin-loving microbes that consume the waste and transform it into energy to live.

uses plants or different flora to trap and remove contaminants from land and water, including harmful trace metals and pesticides.

Why is Bioremediation Important?

Quite simply, reducing toxic contaminants in the soil and water through natural means is good for the world on a macro scale and for your home when considered on a micro scale. Whether the bio-remediators are natural or man-made, they help transform bad into good through a natural process. Another benefit is its sustainability since the microbes will self-populate when given their preferred source of nutrients. The process can be less costly for home and environmental use. Finally, it can be utilized along with other remediation processes.

Examples of Man Made Bioremediation

Nature has a way of taking care of itself; however, the processes can take a long time. An apple core thrown from a car window will take only a few months to decompose. Compared to plastics, which can take up to 450 years to break down, the apple decomposed rather quickly. A petroleum product, such as Styrofoam, never completely decays and will remain in the environment forever, unless something is done.

Some products could use a helping hand at decomposition. Consequently, scientists are attempting to create microorganisms that will transform toxins that do not currently have a natural enemy. They can do this through genetic manipulation and cloning.

One good example of scientists helping microorganisms is in the quest to reach and neutralize chlorinated compounds that reside deep within the soil. Scientists at Cornell discovered bacteria that worked well in water but not in the soil. Through selective processing and enrichments, they helped transform this aquatic microbe into a soil microbe.

Plants that have grown up around the Chernobyl accident site seem to be genetically altered and able to cleanse the area of some of the toxins. This is an important discovery due to the nuclear waste generated in the process of producing the needed energy to run many homes and businesses.

Nuclear waste is currently stored deep underground in desert areas but some of these sites are older and the contaminants have been leaking into the ground. Scientists can work with these plants and other nuclear waste loving organisms, such as Deinococcus radiodurans, to help reduce the toxicity in the environment.

When an area is contaminated and requires bioremediation, there are two options: in situ and ex situ. Treating the soil or water contamination on site is called in situ. This type of biological decontamination is beneficial because it generally costs less and releases less dust and contaminants.

Ex situ bioremediation requires excavation of the contaminated soil and water. This is much more expensive due to the large equipment needed to excavate the land or pump the water. However, it can be faster and more effective since a larger variety of biological contaminants can be removed at the same time.

In the home, people can use something environmentally friendly, such as enzyme cleaners, rather than the harsh chemicals that leave behind certain toxins as they clean. Bleach, for instance, is a powerful cleaner, but the fumes can cause health issues and irritate the eyes, nose, or lungs. The solvent can burn the skin if exposed. Enzyme cleaners work in conjunction with the environment for a clean area without the health hazards.

There will always be pollutants that attack our environment because our lifestyles demand certain products and many of them carry poisons into our environment. It is important for us to learn how to be environmentally conscious. The attempt to mitigate and reverse the damage will be an ongoing battle, but bioremediation is a natural and cost-effective way to reverse toxins and turn once inhabitable areas or toxic wastelands into habitable and healthy areas.

Nature can do this on its own, but time is an issue. With help from scientists and people willing to adopt more biologically friendly alternatives in the home, the ongoing damage can be diminished. We will no longer have to ask, “What is bioremediation?”, because the effects will be shown through a healthier environment.