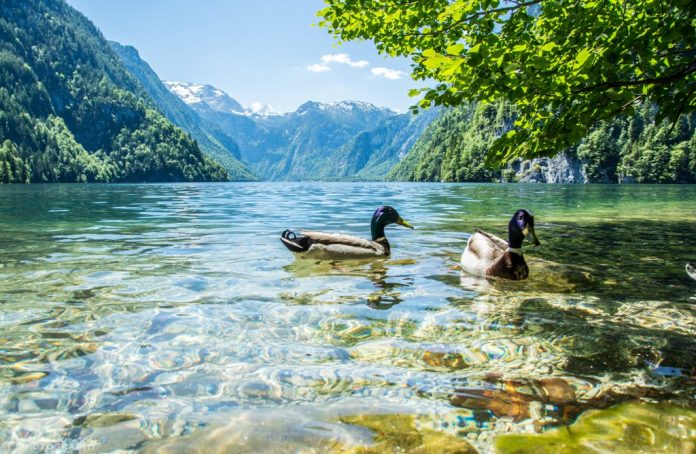 The freshwater biome is a fascinating ecosystem, containing a plethora of lifeforms in various locations on every continent. To be considered “freshwater,” the water must have a low concentration of salt, generally less than 1 percent. This includes lakes, rivers, streams, wetlands, and other bodies of water. The plants and animals that inhabit the freshwater biome are adapted to the low salt content and would be unable to survive in the ocean, where the salt content is much higher.

Freshwater is exceedingly rare in the overall context of the Earth’s biome. Only 3 percent of the water on Earth is freshwater, and of that, only 1 percent is accessible. Most freshwater is trapped as ice in glaciers or underwater in aquifers. Let’s take a look at the different bodies of water that constitute freshwater biomes.

Ponds and lakes are known as lentic ecosystems. This means that the water is stationary. Wetlands are also lentic. Lakes and ponds can range in size from a few square meters to thousands of square kilometers. Some bodies of water are seasonal, especially small ponds, whereas others have existed for hundreds or thousands of years. Ponds and lakes may be formed by ancient glaciation, sinkholes, or the activity of ecosystem engineers, such as dam-building beavers.

Lakes and ponds often contain a limited number of species due to the fact that they are, in many cases, isolated from other bodies of water. There are lakes that have rivers or streams running through them, but not all of them. Ponds generally have a depth of about 10 feet in the middle, while lakes can be much deeper.

There is usually little emergent vegetation in the middle area, while the shallow edges are lush with emergent grasses and sedges. Some of the animals you may find in a lake or pond include insects, crustaceans, amphibians, fish, grazing snails, and clams. As for plants, there are often several types of algae plus rooted and floating aquatic plants.

Ponds and lakes are divided into three different zones, as defined by depth and distance from the shoreline. The “littoral zone” is the topmost zone closest to the shore. It is shallow and therefore the warmest zone. This zone can sustain a diverse community, including algae, aquatic plants, snails, fish, insect eggs and larvae, and more. The vegetation and animals of the littoral zone provide food for other creatures, such as snakes, turtles, and ducks.

The “limnetic zone” is near the surface and is surrounded by the littoral zone. This part of the water is dominated by plankton and freshwater fish. As the plankton die, they fall into the deep part of the lake or pond, called the “profundal zone.” This water is colder and denser than the other zones. The heterotrophs in the profundal zone feed on dead organisms and use oxygen for cellular respiration.

The temperature in these bodies of water varies by season. In the summer, the bottom of a lake can be as cool as 4° C while the top is 22° C. During the winter, the bottom of the lake may be 4° C while the top is an icy 0° C. There is a narrow zone of water between the two layers called the “thermocline” where the water temperature changes rapidly. During fall and spring, the top and bottom layers of the lake or pond will mix, often due to wind, resulting in a uniform temperature of about 4° C while oxygenating the water. Not all lakes and ponds freeze during the winter.

A wetland is an area of standing water that supports aquatic plant life. Wetlands are found on every continent except Antarctica. Swamps, marshes, bogs, and flood plains are all wetlands. These areas are often found surrounding ponds or lakes. A wetland helps control the water level of ponds and lakes by absorbing water when the level rises, and by releasing water when the level is low.

Wetlands are characterized by shallow water that contains emergent vegetation. Grasses, sedges, and water lilies are common in wetlands. This ecosystem supports such animals as amphibians, reptiles, exotic birds, and some mammals and fish.

Flowing freshwater, such as rivers and streams, are what’s called “lotic.” Because of their motion, the fish that live in these bodies of water tend to be stronger, as they are adapted to be able to move with and against currents. There is a great deal of variety when it comes to characteristics of streams and rivers. They travel from headwaters, which may be a spring, snowmelt, or lake, to their mouths, which are usually another water channel or the ocean.

At the source, the water may be cooler, as it may, for example, be coming from melted snow at higher elevations. The water also tends to be clearer and have a higher oxygen level closer to the source. Freshwater fish, such as trout, and other heterotrophs can be found in this part of the water.

As the stream or river travels on, the width of it will increase, as will biodiversity. Green plants and algae become more numerous. As the river or stream approaches its mouth, the water will become murky from the amount of sediment it has picked up. The decreased light means a decrease in vegetation. At the same time, the oxygen levels are lower, so fish species that require less oxygen, such as catfish and carp, will be found in this portion of the water.

Since so little freshwater is available for use, it makes sense to conserve what there is. Countless species of plants and animals rely on the existence of flood plains, ponds, rivers, and other bodies of freshwater for their habitat and survival. Without freshwater, humanity would never have devised irrigation and agriculture to be able to survive in stable communities. The whole world truly depends on freshwater. This makes it imperative that we take threats to freshwater seriously and work to preserve these ecosystems for future generations.