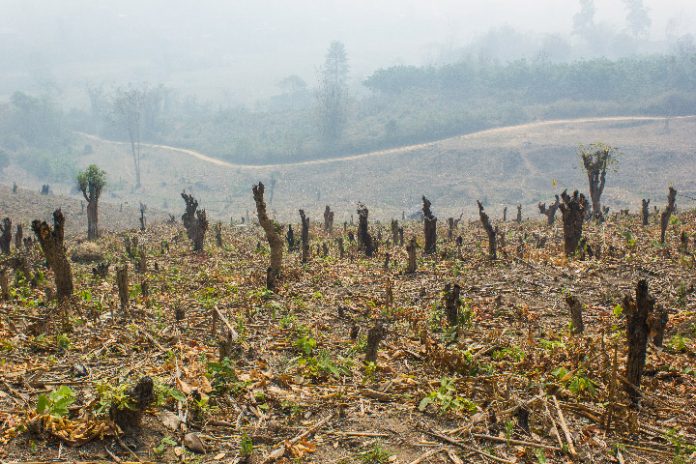 Earth is teeming with an incredible variety of life, from amoebas and apes to zebras and zooplankton. Not only are there a dazzling number of species on Earth, but each of those species is made up of many individuals, each with a unique gene arrangement. Those species also come together to create distinctive communities all around the globe. This wealth of difference, from genetics to ecosystems, is what scientists mean when they use the word “biodiversity”.

In practical terms, biodiversity provides humans with sources of food, medicine, fuel and shelter. It also provides critical services, like the pollination of crops performed by a diversity of insects or the protection of coastal settlements from storm surge by vast coral reefs. In more philosophical terms, biodiversity is seen as valuable for its own sake. Many would argue that other species have the right to exist on Earth, and protecting that right is an ethical imperative.

The most serious threats to biodiversity are a direct result of human activities. Here are the biggest threats and what you can do to minimize their negative effects.

Climate change refers to the shifting patterns in regional and global weather that have occurred over the second half of the 20th century. While this includes an increase in global temperature resulting in the shrinking of polar ice caps, the changes are highly regional. Some areas have experienced increasing drought or more intense, frequent storms. The underlying cause of these changes is the increase of carbon dioxide in the atmosphere, which traps more heat close to the Earth’s surface. The carbon dioxide is a product of burning fossil fuels to produce the energy that powers human civilization.

Climate change is having a negative impact on biodiversity around the world. As climates change, animals adapted to local conditions either need to adapt to the new conditions or migrate to new places. While many species have already begun migrating to higher latitudes to escape increasing heat and drought, for some, this isn’t possible. Polar bears adapted to life on the Arctic ice, for example, have no place to go as the ice melts. Coral reefs struggling to keep up with the increasing temperatures and tropical storm frequencies are falling prey to diseases they once fended off with ease.

Tackling climate change on the necessary scale to make a difference requires collective action at the level of national governments, but individuals should understand that their personal use of power is ultimately driving climate change. Unplugging air conditioners, computers and unused appliances, using public transportation when it’s available and washing clothes in cold water are simple ways to reduce your energy usage. Taking advantage of new, energy-efficient technologies is another good strategy. For example, switching to LED light bulbs in your house can cut carbon emissions by a half ton each year.

Forests are cut down for raw materials, burned to clear land for crops, or replaced by cities and roads. Forests also provide habitat for a vast array of species, so when they disappear, the species they host disappear with them. While the practice of clear-cutting, or removing every tree from an area, has gotten the most attention, it isn’t the only way biodiversity is lost. Removing even 20 percent of trees from a forested area can cause a number of species to drop. Agriculture is the number one reason for deforestation around the world, however, the complexity of food supply chains makes it very difficult for consumers to know what food products are contributing to the problem. Donating to organizations like Greenpeace and WWF, which work with governments and industries to protect forests, is another way to help.

Technology has allowed people to become so efficient at harvesting resources that there is a danger of taking too much. Overharvesting is when so much of something is taken that it can’t replenish itself and it disappears. The world’s fish stocks are the ultimate example of overharvesting, with close to 90 percent of the world’s fish fully exploited, over-exploited or depleted. Fishing yields peaked in 1989, and they’ve been stagnant or in decline ever since. Being a careful consumer can help you avoid contributing to the problem of overharvesting, one of the most serious threats to biodiversity. The National Resource Defense Council offers a free, wallet-sized card that tells you not only which fish are overharvested, but which ones are high in mercury. Chinese medicines, exotic fur, ivory and wild meat are all products that are responsible for killing off threatened and endangered species.

An invasive species is any species introduced to an ecosystem that it isn’t a natural member of, and that does harm to that ecosystem. Kudzu is a fast-growing Japanese vine that has smothered native plants across the American south. The snakehead fish, another invasive from East Asia, has devastated ecosystems in Maine and California. The best thing you can do is prevent invasive species from happening. Grow native plants in your garden, don’t travel with fruits or vegetables and never release aquarium fish or other exotic pets into the wild. In places where invasive species are a problem, there are almost always volunteer groups that remove them to help manage the problem.

Pollution can be any chemical, energy, light or noise that contaminates the air, water or soil. The main point is that it’s introduced into a natural environment and causes damage. Pollutants can accumulate in the food supply, poison habitats and interfere with organisms’ abilities to reproduce. The insecticide DDT, for example, caused birds to lay eggs with shells too thin to protect the embryos inside, resulting in population crashes.

Choosing foods grown without pesticides or chemical fertilizers, driving less and using fewer plastics are all important ways to decrease your contribution to pollution.

The biggest threats to biodiversity are the result of human activities. This means there are things people can do to mitigate those threats and ensure Earth remains home to a rich diversity of life.