Deserts are some of the harshest places on Earth. While humans can live off the land in several, severe climates, being stranded in the desert is virtually a death sentence for even the most capable wilderness survivor.

It’s this particular reason that makes deserts so interesting. They’re devoid of almost everything life needs to thrive, but it perseveres anyway. Deserts show us what life is capable of when given time to adapt.

Plants and animals still live in desert climates despite the fact that they receive minimal rain. Water is the backbone of life, but some organisms have adapted to live without it for extended periods. Ahead, we’ll explore deserts further to give you a better understanding of how resilient life can be.

Characteristics of a Desert 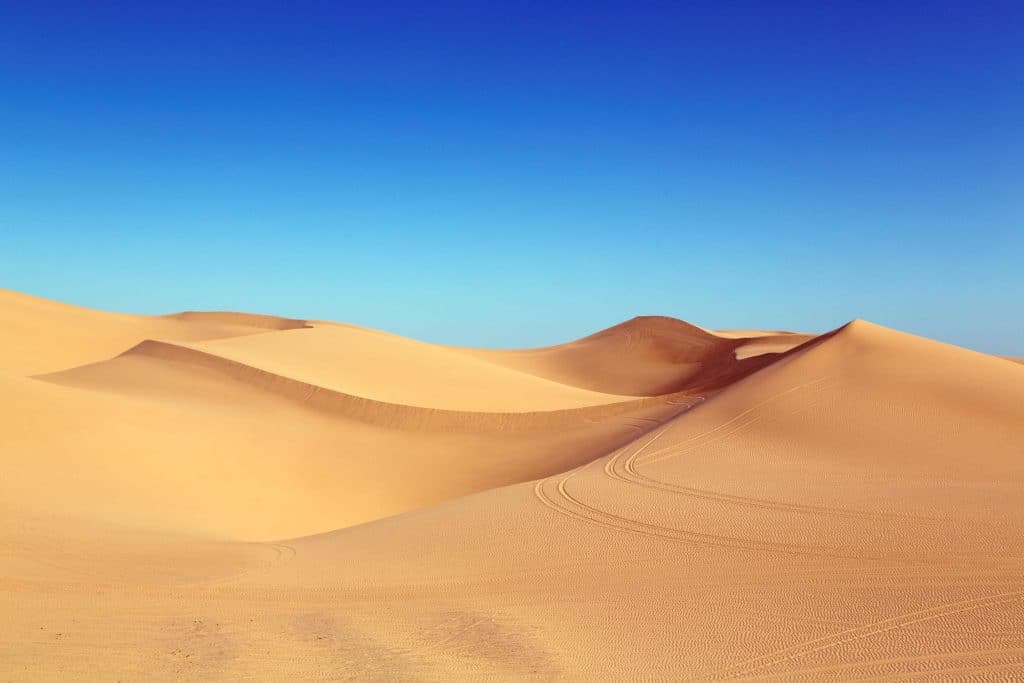 People tend to think of a desert as a hot, dry area that’s uninhabitable for humans. While this is often the case, it doesn’t describe the entirety of deserts on this plants.

In fact, you can find deserts scattered across the globe. There are deserts in both cold and hot climates, and both have vastly different ecosystems.

There are a few characteristics that are the same in both temperate and subtropical deserts, which signifies their classification. The air is dry in a desert ecosystem, and human survival is difficult if not impossible. A desert has fewer than 10 inches of rain a year, which makes plant life scarce. The harsh heat or cold forces animals to adapt to their climate, either by packing on the pounds or conserving energy.

Although both types of deserts have similar characteristics, their climates are very different. Neither is very friendly to human or plant life, and animals have to adapt to survive in both temperate and subtropical desert ecosystems.

As we covered briefly above, Temperate deserts are dry tundras, where freezing temperatures force animals to store extra fat to stay warm. The animals in this area make the most out of what warmth they can get by absorbing sunlight through their fur.

Subtropical deserts are what often comes to mind when people think of a desert. These deserts are often covered in dust or sand. Because of the extreme heat and lack of precipitation, animals who live in subtropical deserts have adapted to not having as much water as animals in other environments.

There isn’t much in the way of shade or cloud cover in these regions, meaning many of the animals of subtropical deserts are nocturnal because of the extreme heat of the day’s sun.

These nocturnal animals have learned to hunt at night. The nights in subtropical deserts are often extremely cold, though, meaning any animal that lives in this climate has to protect itself from the day’s heat and the night’s low temperature.

Although plant life is sparse in all deserts, subtropical deserts are home to a few plants that have adapted to the lack of precipitation. They usually grow close to the ground to get the most out of what little water they can get.

What Causes a Desert Climate?

Desert ecosystems don’t exist in a vacuum. They don’t pop-up in random places that get a lot of sun.

There are two main contributors when it comes to deserts: wind patterns and mountain ranges. Both of these elements dictate where deserts form, as they draw moisture away from certain areas and towards others.

Wind patterns are one of the major contributing factors in determining where deserts exist. The hot air at the equator disperses throughout the globe, heading north and south to each pole.

When the warm air reaches the tips of the globe, it cools and sinks back to the equator. This is a general explanation for the process of wind patterns throughout our planet, though several other elements play a role as well.

The air loses moisture throughout this process, which means a consistently dry wind pattern will lead to the creation of deserts around the world.

Mountain ranges are another contributor to where deserts develop. When you have a large mountain range, the moist air rises to the top of one side of the mountain. When it reaches the peak, the moisture releases in the form of snow.

One side of the mountain gets most of the moisture, and the other is often left completely dry. After years of minimal moisture, the dry side of the mountain develops into a desert ecosystem. This is the case in multiple deserts around the world, including the Sahara Desert, the Atacama Desert, particular deserts in California, and others.

Over the course of the Earth’s life, there have been multiple deserts scattered across the globe. Wind patterns change, sea levels alter, and mountains reveal themselves to prevent one side from getting enough moisture.

Some deserts have been in place for the entirety of human civilization, including the Sahara Desert in Africa. Until recently, scientist thought that the Sahara Desert was two or three million years old. Upon further analysis, however, they learned that it’s far older than they originally thought, and seem perplexed as to the cause of the desert’s original creation.

Life in a Desert 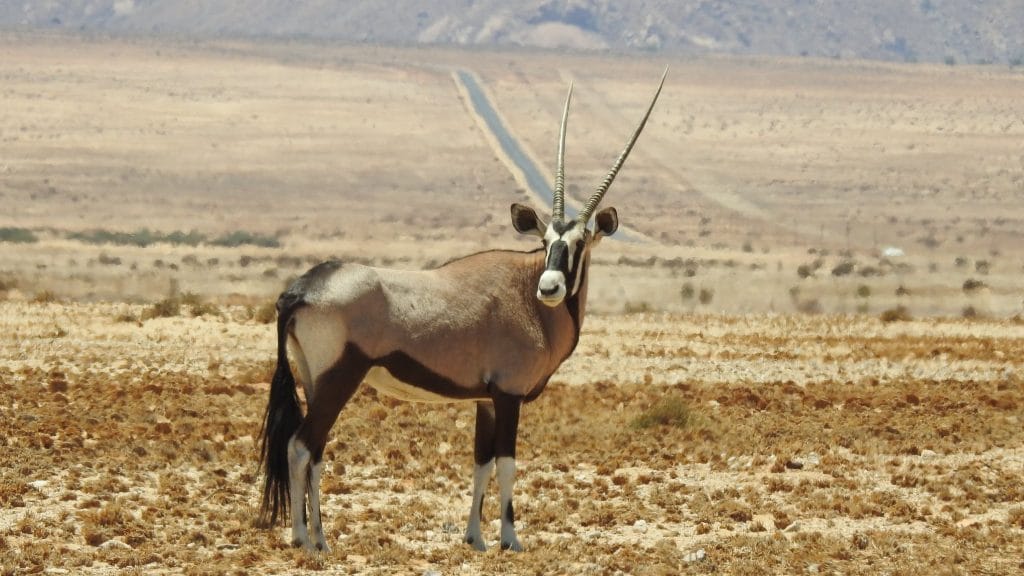 Water is one of the cornerstones of biotic life on earth, but deserts are practically devoid of any precipitation. Additionally, the day’s heat drastically speeds-up the process of evaporation, further limiting the number of water plants and animals can use.

When it comes to plants attracting water through the soil, they don’t have much luck either. The dirt in the desert doesn’t retain moisture like soil in other climates, meaning plants won’t get much of anything by relying on moisture in the ground.

Animals and plants still live in deserts, but they’ve had to adapt over thousands of years to be able to survive.

Plants have an especially difficult time surviving in desert environments because they require the most water to survive. Still, there are a few plants that have adapted to endure the harsh conditions of a desert ecosystem.

Each plant has a different way to cope with the lack of regular precipitation. Plants like cacti store water within them. When rain falls, the pleats of the stem expand to soak up as much rain as the plant can take. From there, these plants use water sparingly, so they can survive until the next rainfall.

Plants that rely on an annual seed distribution for reproduction have a strategy as well. They keep their seeds close to them until the rain finally comes. It is only then that they release them and allow them to take hold in the ground.

Evergreen shrubs can also survive in the desert, due to their ability to hold water in their stems. To avoid sun damage, these plants grow at an angle away from the sun. They’re also covered with a thin layer of salt to help the plant’s ability to reflect excess sunlight.

Although animals still live in deserts, most subtropical deserts are home to small populations of small animals. Since there is only so much food and energy in a desert, most of the animals that live there don’t have the resources to grow and expand their numbers.

Just because humans can’t survive in a desert, though, doesn’t mean it’s completely uninhabitable. A few species have figured out how to survive in the desert by using the cool nights to their advantage.

Small, nocturnal rodents burrow in the ground and wait for night to hunt for food. They don’t need too much to survive and can eat enough to sustain them for a night at a time.

Animals that like the intense heat, like lizards and other amphibious creatures, thrive in the subtropical desert. Even larger mammals can find a home in the desert. Camels store water and can travel long distances without precipitation.

In the tundra, animals like the polar bear and walrus store fat to protect themselves against the harsh cold. Prey is more abundant in temperate deserts, though most of the animals in these climates eat fish and other animals over plant life.

Although a desert is harsh and uninviting to humans, it’s a natural part of the global environment. Some places will always get more precipitation, which means other will be left to survive without the presence of regular rainfall.

Unfortunately, some of the desert animals are being compromised because of human involvement. Expanded housing options mean that people are starting to move into desert climates and import food and other resources from lush areas. We can live almost anywhere now as long as we’re connected, which is threatening the biodiversity of desert wildlife.

While these ecosystems are important, they’re far more resilient than other climates in the world. Animals and plants have adapted to the most extreme conditions on the planet, but we need to curb human involvement if we want to continue observing these fascinating and marvelous creatures.