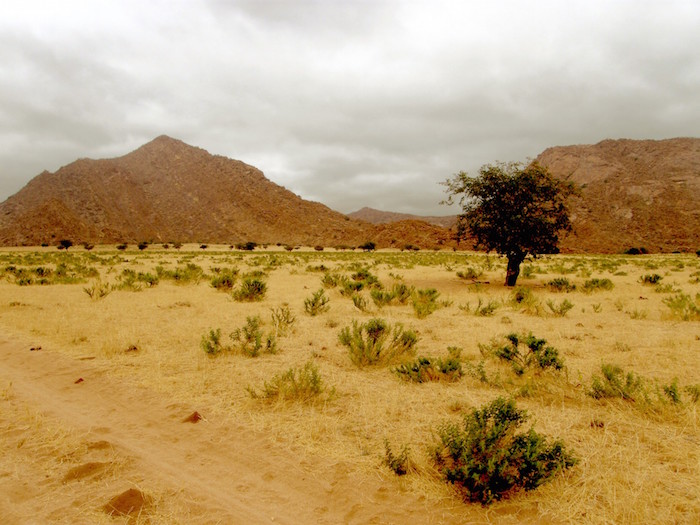 The U.S. government is ill prepared to confront increasingly severe water shortages across the country and should make a new commitment to water research and governance, water experts warn in a new report. Water research is fragmented among 20 federal agencies and is poorly coordinated, according to a new study from the National Academies of Science sponsored by the U.S. Geological Survey (USGS). The report comes on the heels of an announcement by USGS scientists Friday that the parched Interior West could be the driest it has been in 500 years. A decade of drought has produced the lowest flow on record in the 1,400 mile long Colorado River, which provides drinking water to Phoenix and Las Vegas. USGS scientists said Sunday that drought continues to affect a broad area of the West, from the Central Plains into the Northern Rockies, and has now moved into the Southeast.

Committee Chair Henry Vaux, a resource expert with the University of California at Berkeley, warned “water crises are not confined to western states.” Vaux cited as an example the recent conflict between Maryland and Virginia over Potomac River water rights that had to be settled by the U.S. Supreme Court. “Decision makers at all levels of government are going to have to make difficult choices in the coming decades about how to allot limited water supplies, and they need sound science to back them up,” Vaux said. Given the competition for water among farmers, environmental advocates, recreational users, and other interests, as well as emerging challenges such as climate change and the threat of waterborne diseases, the committee concluded that an additional $70 million in federal funding should go to water research each year.

Overall federal funding for water research has been stagnant in real terms for the past 30 years, and that the portion dedicated to research on water use and related social science topics has declined. The panel says additional millions of dollars should be allocated with the aim of improving the decisionmaking of institutions that control water resources and gaining a better understanding the water use challenges that lie ahead. The water experts called for a new entity to coordinate water research at the national level. No structure is in place now that prioritizes research for funding purposes, evaluates progress, or shifts priorities as new challenges arise.

The panel said either an existing interagency body, a neutral organization authorized by Congress, or a public-private group led by the White House Office of Management and Budget could serve as the coordinating entity. Scientists at the National Aeronautics and Space Administration (NASA) say one of the worst climatic events in the history of the United States, the Dust Bowl drought, which devastated the Great Plains in the 1930s, was brought on by changes in sea surface temperatures. Siegfried Schubert of NASA’s Goddard Space Flight Center and his colleagues used a computer model developed with satellite data to look at the climate over the past 100 years. The study found cooler than normal tropical Pacific Ocean surface temperatures combined with warmer tropical Atlantic Ocean temperatures to create conditions in the atmosphere that turned America’s breadbasket into a dust bowl from 1931 to 1939. These changes in sea surface temperatures created shifts in the large-scale weather patterns and low level winds that reduced the normal supply of moisture from the Gulf of Mexico and inhibited rainfall throughout the Great Plains.

“The 1930s drought was the major climatic event in the nation’s history,” Schubert said. “Just beginning to understand what occurred is really critical to understanding future droughts and the links to global climate change issues we’re experiencing today,” he said. Across the Great Plains 2004 ranks as one of the top five driest years since 1893 in parts of Nebraska and since 1909 in parts of Wyoming, according to data provided by Brian Fuchs, regional climatologist at the High Plains Regional Climate Center. From southeastern Montana into western Nebraska, occasionally hot weather and short-term dryness is aggravating the effects of a multi-year drought, according to the National Drought Mitigation Center. In parts of western Nebraska, the January-May period rivaled 2002 for the driest start to a year in more than a century.

Meanwhile on the southern High Plains, where June 8 to 14 temperatures ranged from four to six degrees Fahrenheit above normal, short-term heat and dryness continued to take a toll on dryland summer crops. As a result, abnormal dryness and moderate drought continued to expand across the southern High Plains, the National Drought Mitigation Center said.

Pros and Cons of Hydropower – Most Widely Used Of Renewable Energy