As their name suggests, spiny dogfish sharks (Squalus acanthias) have sharp spines in front of each dorsal fin. Their bodies are dark gray above and white below, often with white spotting on the sides. They are marketed as “rock shark”, “rock cod” or “rock salmon” and are often eaten in Europe and used for English fish and chips. This species is called dogfish because they are gregarious and travel in packs of hundreds to thousands of individuals. From a morphological, experimental, fisheries, and biological perspective, it is the most written about and best known of living sharks.

Dogfish often occur in schools segregated by size and sex, although they are also found as solitary individuals. Age and length at maturity appears to vary greatly with region. In the northeast Pacific Ocean estimates of the age at maturity for female spiny dogfish have ranged from 20 years and 3 feet (92cm) to 35.5 years and 3.1 feet (94cm) (Saunders and McFarlane 1993, Bonham et al. 1949). Dogfish are believed to live 25-100 years. The females are larger than the males, and produce from 2-11 (average 7) pups that are between 8-12 inches (20-30 cm) long. They can grow to around 5 feet (1.5m) and weigh about 20 pounds (9kg). They are ovoviviparous (produce eggs that hatch within the females body) and bear live young. The gestation period is the longest of any vertebrate, about 22-24 months after a winter mating (Saunders and McFarlane 1993).

The spiny dogfish is a voracious predator that feeds primarily on bony fishes. They are known to prey heavily on schools of spawning capelin, and congregations of dogfish are often associated with herring returning to coastal waters of British Columbia. During a capelin spawning event on the Copper River flats (Alaska) during the 1998 salmon gillnet fishery, dogfish were so abundant that they often plugged gillnets and disrupted the fishery. Their principal food appears to be herring, sandlance, smelt, and euphausiids. Their diet also includes some 27 other fish species and 13 varieties of invertebrates, many of which are commercially important (Hart 1980). Dogfish are also known to prey on juvenile salmon.

The spiny dogfish is believed to be the worlds’ most abundant shark and is the predominant shark species in Alaska. Dogfish occur in depths from the surface down to 3000 feet (900m). They are adaptable predators and are often found in brackish waters around the mouths of estuaries and feeding over tidal flats. They occur worldwide in temperate and sub-arctic waters, and in the temperate and sub-arctic latitudes of the North Atlantic and North Pacific oceans. They favor a temperature range with a minimum of 450F (70C) and a maximum of 590F (150C) and make latitudinal and depth migrations to stay within their optimum range. In the eastern Pacific Ocean they are found off Chile and from central Baja California to Alaska and to Japan. Some tagged sharks in the eastern North Pacific have traveled long distances, in one case a dogfish swam 4039 miles (6500km) to Honshu, Japan where the shark was captured 7 years after it was tagged off the coast of Washington state. One specimen was caught in a salmon gillnet during August of 1984 near Kotzebue, Alaska, far north of it’s usual range. They may occur year round in Alaskan’s southern coastal waters but are most common from spring to fall.

The spiny dogfish often has a negative impact on commercial fisheries as it displaces or chases off other fishes, gets hooked or netted in gear intended for other species, damages fishing gear, and often destroys hooked and netted fishes. Spiny dogfish sharks are commonly taken by commercial fishing gear and are particularly well represented in Alaska’s pelagic trawl pollock fishery and in the longline fisheries for sablefish, halibut, Greenland turbot, and Pacific cod.

Anecdotal accounts of increasing numbers of dogfish in Prince William Sound are supported by time series of relative abundance (Catch Per Unit Effort) for dogfish compiled from International Pacific Halibut Commission longline survey data, and longline surveys conducted by the Alaska Department of Fish and Game in Prince William Sound. Spiny dogfish catch rates have increased 5-fold in Prince William Sound and 20-fold in the central Gulf of Alaska between Nuka Point and Cape St. Elias since 1994. The greatest commercial harvest rates of dogfish in the northeast Pacific are in waters off British Columbia and Washington state (see below table).

There is currently a void in our understanding of the trophic interactions between shark populations and their prey in the North Pacific Ocean. Research investigating shark ecology is needed given the evidence of an increasing abundance of sharks in near-shore waters and their potential impact on the marine ecology of the region. This work will shed light on the affects of shark populations on commercially and ecologically important prey species and will contribute to our understanding of their role as predators in the ocean. 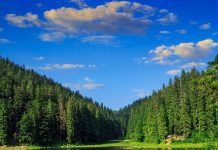 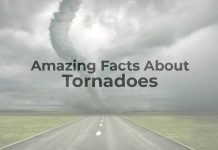 Amazing Facts About Tornadoes: The Most Unpredictable Force Of Nature