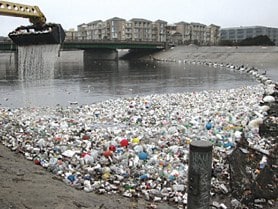 Marine debris and litter has become both a significant coastal and open ocean problem. Considerable portions of this debris is made of persistent synthetic materials such as plastics, and is not biodegradable as past product waste has been. Surveys have indicated that nearly 80 percent of marine debris originates from land-based activities.

The increasing influx of people into coastal zones (nearly 50 percent of the U.S. population now lives within 100 miles of the oceans boarding the country or along the shores of the Great Lakes) has exasperated the problem. This trend has increased dependence on processed, manufactured and packaged goods.

Marine debris not only is an aesthetic problem, but has become a serious threat to marine life, a marine transportation hazard, and can threaten human healthy and safety as well as inflict serious economic loss. Estimates of marine life endangered by debris included most of the world’s turtle species, 25 percent of marine mammal species, and more than 15 percent of seabird species. Plastic in water appears as food to many varieties of marine life resulting in often fatal ingestion.

For boats, both commercial and recreational, debris entanglement in motors or water intake valves can prove costly. Human activities such as swimming, diving and simple walks along the beach can also result in injury or entanglement. Debris , especially plastic film and sheeting, can settle over immobile plants and animals including valuable ecosystem habitats such as coral reefs, effectively smothering them and rendering them uninhabitable and unproductive. Reducing waste, promoting recycling, public education efforts, and volunteer coastal monitoring are major means of addressing coastal sources of marine debris. 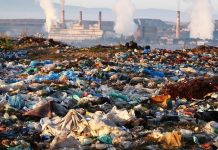 Soil Pollution – Causes, Effects and What To Do About It? 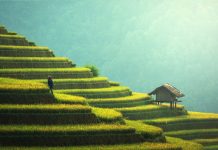 Land Pollution: Causes, Effects, And Solutions For The Future