Alaska Shark Assessment Program
In 1999 Bruce Wright created the Alaska Shark Assessment Program in response to many reports, mostly from fishermen, that sharks abundances in the north Pacific Ocean are at the highest levels ever observed. Of the ten shark species known to occur in Alaskan waters, the salmon shark (Lamna ditropis), the Pacific sleeper shark (Somniosus pacificus), and the spiny dogfish shark (Squalus acanthias) are the most often observed and their numbers appear to be on the rise. Evidence ranging from personal observations, aerial surveys, anecdotal accounts, and historical longline survey data suggests that shark abundance in Alaska has increased dramatically throughout the 1990’s. This phenomenon appears to be unprecedented. The cumulative impact of a significant increase in shark biomass on Alaska’s marine ecosystem is unclear. Research is needed to address shark biology, feeding ecology, multi-species interactions, and the spatial and temporal variation in shark abundance in Alaskan waters to fill a void in our understanding of the trophic importance of these sharks in Alaska’s marine ecosystem.

Sharks, The Predator: Are Alaska’s Shark Populations on the Rise?
A number of factors may be driving an increase in shark abundance in the north Pacific including; a.) a northward shift in optimum range due to a warming trend in sea surface temperatures, b.) a regional increase in prey abundance, and c.) an overall increase in shark populations. The large numbers of sharks observed in Prince William Sound, Alaska in recent years may be related to the hatchery production of pink salmon that began during the early 1980’s. Escalating shark presence may also be a response to the increases in biomass of walleye pollock and other Pacific salmon, also during the 1980’s. This phenomenon may be related to a regional regime shift from a trophic structure dominated by crustaceans, herring, and capelin, to one dominated by pollock, cod, and flatfish. What is certain is that sharks have the potential to significantly impact a number of commercially and ecologically important species.

Are Sharks Important Predators in the North Pacific Ocean?
Pacific sleeper and salmon sharks take advantage of the summer salmon runs. Sleeper sharks have been caught that have half a dozen chum salmon in their stomach; most of the salmon greater than eight pounds apiece. The diet of sleeper sharks changes seasonally because it’s only during the summer that salmon are available to the sharks. When salmon are not abundant the sharks must switch to a prey type that is more available. The alternative prey available to sleeper sharks all year include black cod, rock fish, squid, and marine mammals. Even when salmon are abundant during the summer, we found that sleeper sharks were feeding on these alternative prey. Diet work during the late fall to early spring, before or after the salmon spawning runs, are revealing that marine mammals are taken in greater numbers during this time of the year. Sleeper sharks appear to use the cover of darkness, and their sixth sense to detect their prey’s electronic field. Winter might be the time of year that favors the sleeper shark’s stealthy hunting strategy. Marine mammals may also be more available to sharks during the winter as they work harder to find prey and fulfill their need for more calories during the colder time of the year. 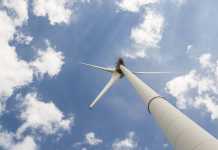