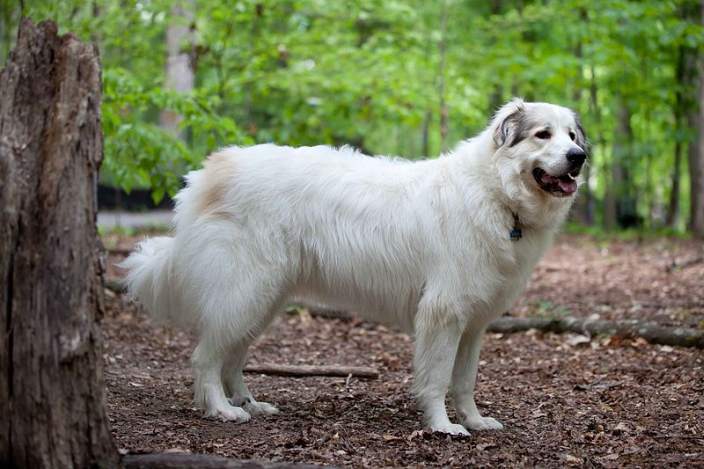 While some owners in recent years prefer smaller dog breeds for city living, size and strength have historically been desirable factors to breed into dogs, making them better protectors and hunters. Human interference through breeding management programs has been a hit-or-miss process throughout the centuries.

But it has also been successful in taming the largest strains. Although imposing, the biggest dog breeds also tend to be mildly tempered and make excellent family pets.

WHAT ARE THE 10 LARGEST DOG BREEDS?

This list details some of the biggest of the big dogs, but “big” is relative; some breeds are stout and heavy while others are tall and lean. There is often disagreement regarding which are truly the largest dog breeds in the world. Despite their size, the largest dog breeds are often cited for their loyalty as family dogs. But owning them can be expensive; not only are pure bloodline dogs of the largest breeds extremely expensive to acquire, the need for large breed dog food, their relatively short life spans, and susceptibility to health difficulties like canine heart disease and hip dysplasia can make owning them a daunting prospect. The Kuvasz is one of the smaller big dogs, but only compared to the largest dog breeds. It has origins in the Hungarian royalty, once serving as companions to Europe’s upper echelons. Centuries later, commoners were allowed to own Kuvasz; shepherds found them very well-suited to guarding livestock. The Scottish Deerhound emerged in Scotland, bred to bring down stags in the Scottish highlands. It became a royal breed and could not be owned by anyone beneath the rank of earl; this exclusive ownership law nearly drove the breed extinct, but a breeding program in the 1800s successfully revived them. A shepherd’s best friend, the Great Pyrenees was bred to protect sheep on the steep slopes of southwestern Europe. In the 17th century, the breed crossed over from the peasantry to become a popular French court breed. Their powerful guarding instinct makes them excellent family dogs, trustworthy even with small children and helpless animals.

Height: 25 to 32 inchesWeight: 90 to 130 poundsCoat: Identified by thick, weather-resistant coat in white, sometimes with different-colored markings This powerful breed was never a pampered court dog for royalty; for 6,000 years, it served shepherds in Turkey’s harsh climate as the front line of defense against predators. The Anatolian Shepherd Dog has a fierce protective instinct and is capable of great love and loyalty, but only to his flock.

Height: 29 to 32 inchesWeight: 88 to 144 poundsCoat: Short or rough coat in all variety of colorsColoring and size bred to help it blend in with livestock On average, Newfoundlands are not the world’s biggest dog breed by either height or weight, but exceptions occur. Some of these large dogs can top 200 pounds and measure six feet from nose to tail, putting them on par with some of the largest dog breeds. Nevertheless, these water-rescue dogs are nicknamed “Gentle Giants” for their disposition and girth.

Height: 27 to 30 inchesWeight: 100 to 154 poundsCoat: Water-resistant coat may be black, gray, brown, beige or white with black markings Three of the world’s largest dog breeds were involved in the creation of the Leonberger: the Newfoundland, St. Bernard and the Great Pyrenees. They inherited the lifesaving and water rescue abilities of their progenitors and are used today as lifeguard dogs. Their distinctive appearance, including black face masks, was allegedly bred to mimic a lion.

Height: 26 to 32 inchesWeight: 100 to 170 poundsCoat: Thick double coat and leonine mane may be colored lion-yellow, red, red-brown or sandy Famous for their legendary alpine rescues, the St. Bernard is a giant dog breed named for the Great St. Bernard Hospice. The hospice is nestled in a treacherous pass between Italy and Switzerland, leading a hospice monk in the 11th century to begin a tradition of rescue dogs to pull travelers from the snows.

Height: 25 to 30 inchesWeight: 110 to 200 poundsCoat: May have a smooth or rough coat, usually in red and white with black shadingThe longest dog in history, Major F., allegedly reached a length of eight feet and six inches The Mastiff is the largest dog breed in terms of mass, though not the tallest dog breed. Originating in England, they served as watchdogs for thousands of years. During their long history, Mastiffs have acted as devoted guard dogs and controlled predator populations. During the Roman conquest of England, the loyalty and strength of the Mastiff impressed even Caesar. Offshoots of this breed include the French Mastiff (or “Dogue de Bordeaux”) and the Neopolitan Mastiff (or “Mastino”), which are believed by some to share a mutual bloodline dating back to ancient Rome. Although lightweight, Irish Wolfhounds are one of the biggest dog breeds by height. Roman records describe these ancient war hounds with awe and fear. By the 9th century, Wolfhounds were exclusively owned by the nobility and contributed to a gradual decline of the breed. A revival was successful, but only by introducing other breeds into the bloodline. Great Danes are well-known for being the world’s biggest dog breed, or at least the tallest. The current record holder as world’s tallest dog by height is Zeus, a black Great Dane that is 44 inches tall at the shoulder. Modern Great Danes are descended from lightweight ancestors in Denmark crossed with giant English Mastiffs in the 16th century to make them sturdier hunting dogs.