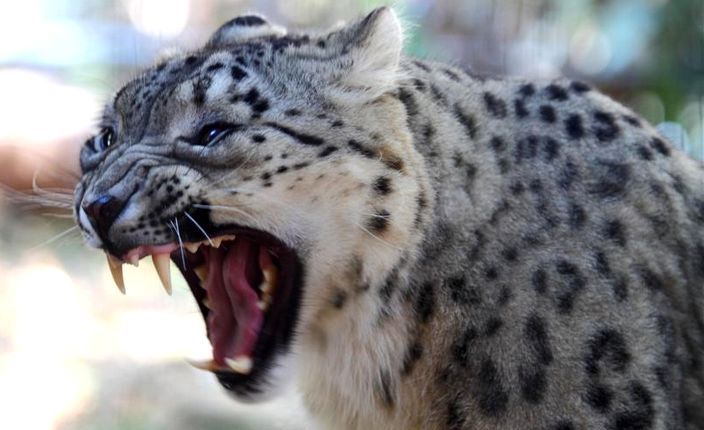 Native to the rocky and snowy highlands that are associated with its name, the snow leopard is a descendant of the wild cat and panther families.

Easily recognizable from other related species, snow leopards are most known for their beautiful white or soft gray fur covered with ringed spots or rosettes of black. While it is often named among the most popular animal species, read on to find out some of the lesser-known interesting facts about snow leopards.

Did You Know?
In summer, the snow leopard may climb higher to cooler altitudes of as high as 5000 meters above sea level!

With a habitat range covering nearly two million square kilometers in the Himalaya and Hindu Kush mountains, snow leopards can be found in Afghanistan, Bhutan, China, India, Kazakhstan, Kyrgyzstan, Mongolia, Nepal, Pakistan, Russia, Tajikistan, and Uzbekistan. Known for having the strongest conservation efforts, it is estimated that China hosts around 60 percent of all the snow leopards on the planet.

Found at altitudes between 9,800 and 17,000 feet above sea level, snow leopards live within the high rugged mountains within Central Asia. Snow leopards tend to prefer living in the rocky outcrops, ravines, and steep cliffs to camouflage with their surroundings for stalking unsuspecting prey. Although snow leopards are nomadic, each individual inhabits a defined home range and constantly move around this range to prevent other cats moving in.

As a powerful carnivorous hunter that is able to successfully capture an animal three times its own weight, the snow leopard’s diet is mostly comprised of wild sheep and goats. Snow leopards may also consume smaller animals, including rodents, marmots, hares, horses, young yaks, and even game birds. Hunting a large animal every eight to ten days, snow leopards are known for eating very slowly and taking between three to four days to consume their prey. 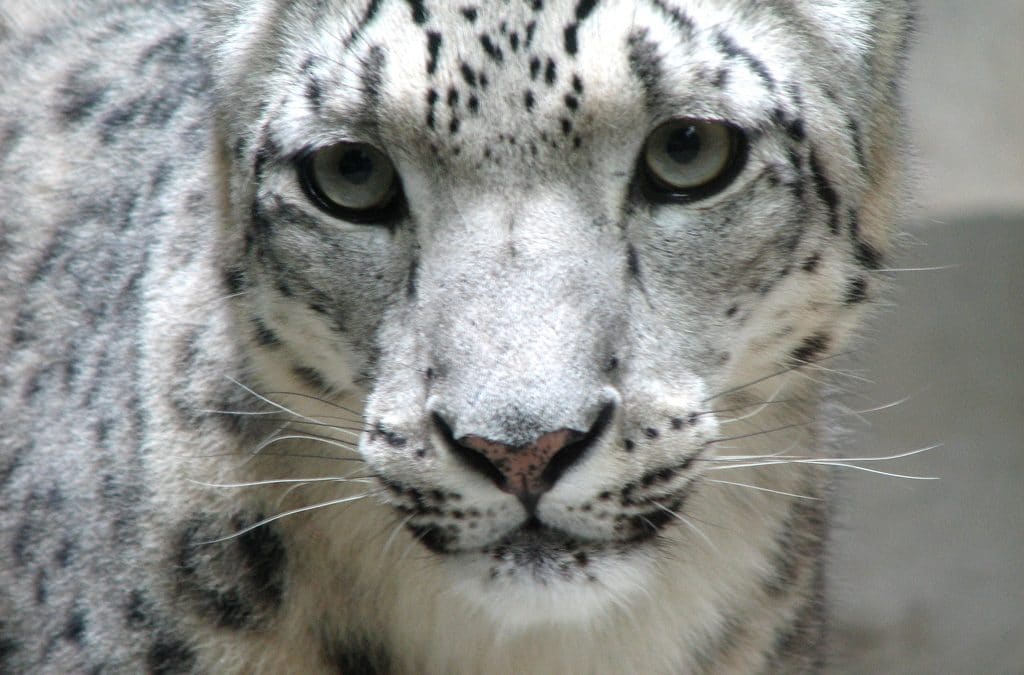 Snow leopards are covered in soft dense fur that grows as long as five inches on their bellies and has a white or smoky gray coloring with a black spotted pattern. Uniquely suited for their high mountain habitat, snow leopards have short rounded ears to reduce heat loss and a wide nasal cavity to heat the chilled air before reaching the lungs. With short front limbs and long hind legs for jumping, the snow leopard has robust chest muscles needed for climbing steep mountain landscapes.

Like snowshoes, snow leopards have extra large paws that are fully furred to provide warmth and excellent traction on the snow without sinking in. Similar to a warm scarf, the long thick tail helps keep the snow leopard’s body warm during the night and maintain balance when running. Adult snow leopards typically weigh between 77 and 120 pounds while standing at a shoulder height of around 24 inches. Males are usually 30 percent larger than females, but otherwise it is nearly impossible to tell the sexes apart from a distance.

Classified as a crepuscular animal species, snow leopards are most active roaming their home range and stalking their prey at dawn and dusk, but may become more nocturnal if living near humans. After stalking their prey under the cover of camouflage, the snow leopards ambush the animals by springing down from a distance of 20 to 50 feet. With their long and powerful hind legs, the animals are able to leap up to 30 feet, which is around six times their total body length.

With a reputation for being shy solitary creatures, snow leopards are rarely seen in the wild. Since the cats are exceedingly shy and elusive, it can be challenging for wildlife biologists to identity patterns of snow leopard behavior. In order to communicate across distances, snow leopards scrape the ground with their claws and spray urine against rocks as signals. Not aggressive towards humans and more likely to run away even when feeding, there are no verified records of snow leopards attacking humans.

Since food is scarce during the winter, snow leopards wait to mate until the late winter and the females will spray rocks with urine to inform nearby males of mating season. After the male and female mate, the male has no other role in the reproduction as the mother takes care of both providing shelter and food. When the baby cubs are born, they remain blind for about one week and helpless until they are six weeks old. During this time, the cubs stay within the den to sleep, drink their mother’s breast milk, and gain 0.11 pounds daily. At two years old, the snow leopards reach sexual maturity and will leave their mother for a new solitary life in adulthood.

During the mating season between January and mid-March, a male and female snow leopard will travel together for a few days to copulate repeatedly before becoming solitary once again.

Female snow leopards are normally pregnant for 93 to 110 days, or from three to three and a half months, before her litter is born in June or July.

Within the safety of a sheltered rocky den site lined with fur for warmth, the female snow leopard gives birth to usually two or three small and vulnerable cubs at once.

According to the International Union for Conservation of Nature, the global snow leopard population is estimated to be just 3,500 to 6,500 today and continues to decrease.

THREATS TO THE snow leopard

Since their typical habitat range is between the tree line and snow line on the mountains, climate change is posing a direct threat to the endangered species as temperatures rise. As snow leopards are forced to move to higher elevations to stay near the snow line, the vegetation becomes scarcer, the herbivores they prey on are in limited supply, and leopards are increasingly unable to find enough food to survive. In addition, snow leopards are illegally hunted in the fur trade for making luxury coats and their bones for traditional Asian medicine.