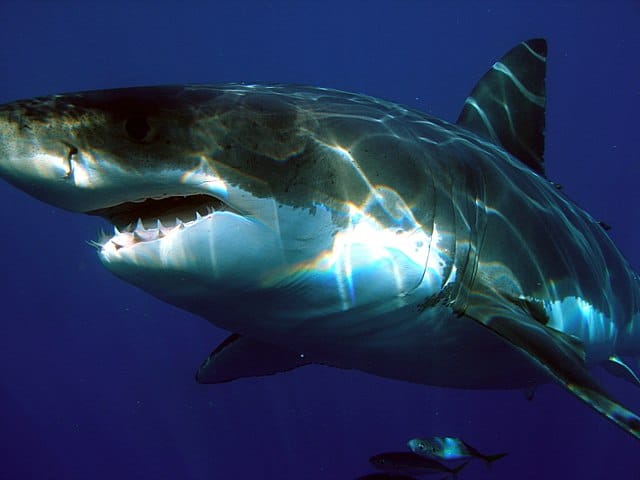 Sharks off the east coast of North America have declined precipitously in the last 15 years. The number of hammerhead sharks has dropped by 89%, threshers by 80%, great whites by 79%, oceanic whitetips by 70%, tigers by 65%, blues by 60% and makos by 40% (Baum et al. 2002). Canadian scientists estimate the population of oceanic whitetip sharks has declined in the Gulf by more than 99% and is now virtually extinct from the region (Baum and Myers 2003), and the formerly most common shark, the silky shark, has declined by over 90%.

The bluefin tuna (Thunnus thynnus) grows to 1,500 pounds (700 kilos), travels on trans-oceanic migrations, and is capable of swimming 50 miles (90 km) per hour, one of the fastest fish. The bluefin is also one of the most valuable and most over-exploited of creatures. Its west Atlantic breeding population has plummeted 90% since 1975, from an estimated quarter million to 22,000 animals (ICCAT 1991). The east Atlantic adult population is currently estimated to be half what it was in 1970 (ICCAT 1992). A highly prized delicacy in Japan’s most exclusive sushi restaurants, a single bluefin can bring fishermen up to U. S. $30,000, sell at auction in Tokyo for more than U.S. $60,000, then cost diners U.S. $350 per pound. These studies and statistics spells trouble for big long-lived fish, top marine predators.

The drastic reduction in marine predators is a frightening trend. Some of the other top predators whose numbers have been dramatically reduced in some ocean ecosystems include: killer whales, swordfish, halibut, Steller’s sea lions, harbor seals, some fur seal species, etc.

Predators can impact ecosystems through the process of ‘top-down’ control, at times resulting in changes in species composition, changes in species diversity, and regime shifts. Sharks play an important role in ecosystem, they are usually strong shapers of marine food webs (Orlov 2002). Top predators can also help stabilize ecosystems by keeping under control the effects of more abundant smaller predators. Accordingly, understanding predators is essential to understanding how ecosystems function. The Conservation Science Institute’s Ocean Initiative’s predators program is a science-based research and management program focused on the application of cutting-edge whole ecosystem research and monitoring. The program incorporates modeling approaches for the purpose of promoting marine conservation and ecosystem considerations into ecosystem decision-making.

References
Baum, J. K. and R. A. Myers. 2003. Shifting baselines and the decline of pelagic sharks in the Gulf of Mexico Ecology Letters. Volume 7 Issue 2 Page 135.

ICCAT. 1991. Report of the Standing Committee on Research and Statistics. International Commission for the Conservation of Atlantic Tunas.

ICCAT. 1992. Report of the Standing Committee on Research and Statistics. International Commission for the Conservation of Atlantic Tunas. 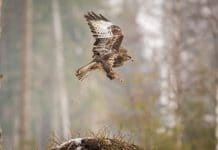