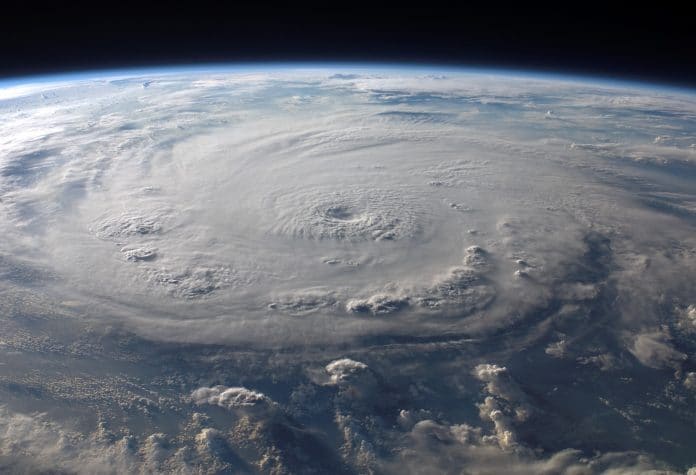 Imagine being caught in a powerful storm with spiraling winds surging at speeds ranging from 74 to 160 mph. This intense weather system that typically forms in the tropical region of the earth is called a hurricane. It can cause a lot of destruction both in the water and on land. Fortunately, there are many instruments that can predict the weather patterns and help you be prepared if a hurricane ever comes your way. The following hurricane facts can help you understand about these monstrous storms and how to protect yourself and your property.

Hurricanes form over warm ocean waters. Moist air rises from the ocean and a small rain storm is produced. Cool rain falls to the ocean, repeating the cycle as heat escapes into the air, causing a powerful updraft that creates an even larger thunderstorm. This updraft pulls winds across the surface of the ocean adding more force to the center of the storm. The earth’s rotation affects this severe weather system, causing it to spin and increase in strength.

Hurricanes and typhoons are both cyclones that occur over tropical or subtropical waters. The difference between the two is the location of where they are formed. In the northeast and central Pacific, Caribbean Sea, and Atlantic, they are called hurricanes. In the northwest Pacific, they are termed typhoons.

The main similarities between a hurricane and a tornado are that they both consist of powerful winds that spin and can cause damage. There are several ways that hurricanes differ from tornadoes:

A hurricane is usually larger and can span up to several hundred miles wide. Tornadoes can range from a quarter mile to three miles wide.

Hurricanes can last as long as three weeks; whereas tornadoes can range from a few seconds long to several hours.

The winds of a hurricane can be anywhere from 74 to 180 mph. A tornado has much stronger winds, even as high as 300 mph.

Warnings can be sent out several days in advance for hurricanes. Tornadoes aren’t as easy to predict ahead of time; thus, warnings can only be issued only 15 to 30 minutes in advance.

The United States National Weather Service issues a hurricane watch when wind forces of 74 mph or more are a possible threat. This notice is usually sent out about 48 hours in advance and encourages people to prepare for the storm as if it were to occur.

A hurricane warning is the most urgent of the two and warns people to evacuate the specified area immediately.  Usually, this notice is given 36 hours in advance.

The eye of a hurricane is the center of the storm. The area surrounding the eye is known as the eyewall and is the most devastating region. What makes it so damaging is the intensity of the winds and rainfall that exists.

The scale that measures the intensity of a hurricane is known as the Saffir-Simpson scale. It is broken up into five categories.

This category is dangerous yet produces the least amount of damage. Destruction to structures is usually not as significant as the other categories, yet mobile homes and other unanchored dwellings can topple. Some coastal flooding and power outages are typical. Winds of this level can range from 74 to 95 mph.

Extensive damage accompanies this level, causing greater destruction, more power outages, an increase of uprooted trees, and heightened damage to roofs, windows, and doors. The wind speed can range from 96 to 110 mph.

A level 3 and higher is considered a major hurricane and can cause devastating effects. Smaller structures like mobile homes can be destroyed, and more secure homes can sustain irreparable damage. Flooding near the coast is usually evident, as well as inland flooding. The winds can reach anywhere from 111 mph to 129 mph.

This level is often classified as being catastrophic, producing extreme destruction to structures and trees. Storms of this category can cause erosion as well as inland flooding, further in. Residents can be without power and water for several weeks. The winds of this level can be 130 to 156 mph.

A category 5 hurricane is the highest level on the scale and can cause the worst damage. Heavy and irreparable damage to structures and landscape can occur, and winds often exceed 157 mph.

Over the last several years, the United States has experienced several devastating hurricanes. They have resulted in great damage to the areas they have afflicted and left haunting memories in the minds of those who lived through them.

Hurricane season begins on June 1 and ends on November 30, although these severe storms can occur any time prior to or after the official season. Being prepared is the key, and having a survival kit can be extremely instrumental in delivering comfort as well as aiding in survival. A kit may include bottled water, non-perishable foods, toilet paper, soap, flashlights and fresh batteries, warm blankets, change of clothing, and personal toiletries.

Becoming more aware will help you to know what to watch for in case of a hurricane. Becoming prepared will help you to get through the difficult moments during and the challenging days succeeding such a disaster. Take the time to learn what you need to do to protect yourself, the ones you love, and your property.