There are literally millions of different species on earth—scientists are not even sure how many. We live in a world with a lot of biodiversities.

When you think about animal life though, you probably think about dogs, cats, horses, chickens, seagulls, and other common animals. You may be wondering about some of the more bizarre animals on the planet though. After all, surely in such a diverse world, there are some forms of life which have evolved into highly specialized niches, right?

Here are some weird animals found on our planet, some of which are so different you may think they came from space! 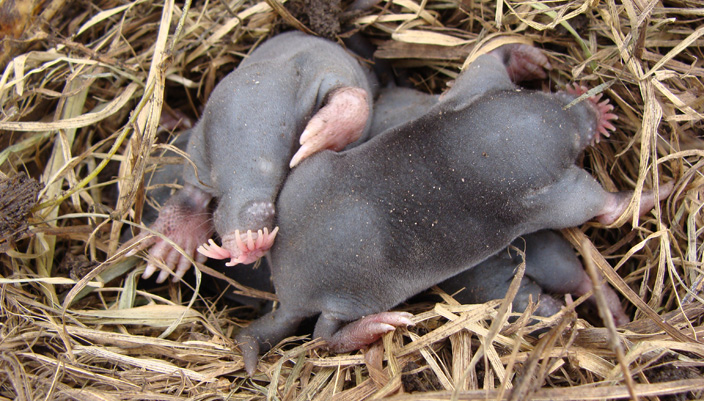 From the side, this mole only looks a bit odd, but seen head-on, it can be quite startling. It is considered by numerous people to be incredibly ugly with its odd tentacle-like nose. In reality, the 11 pairs of appendages on the snout are quite amazing. They contain over 25,000 sensory receptors which are called Eimer’s organs. This is the critter’s main sensory apparatus, and it is so fine-tuned that scientists believe it can detect seismic waves. There’s nothing really ugly about the star-nose mole. It’s just different, and its own weird way, quite cute. 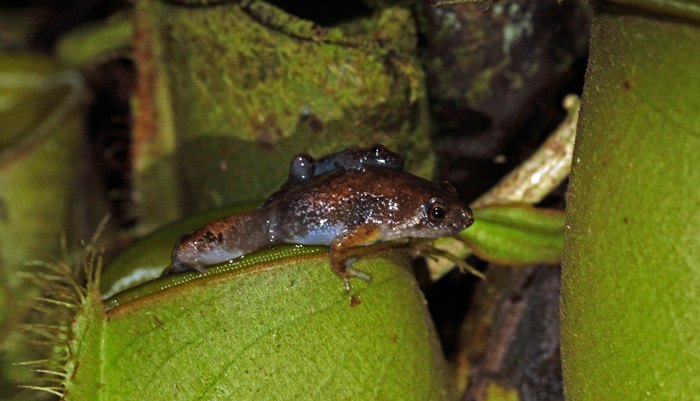 This is an amazingly tiny frog which was discovered just four years ago in Borneo in 2010. When researchers first discovered the tiny frog, they assumed it was a baby. Since then, others have been found, and now researchers know that even full-grown adults usually do not surpass half an inch in length. 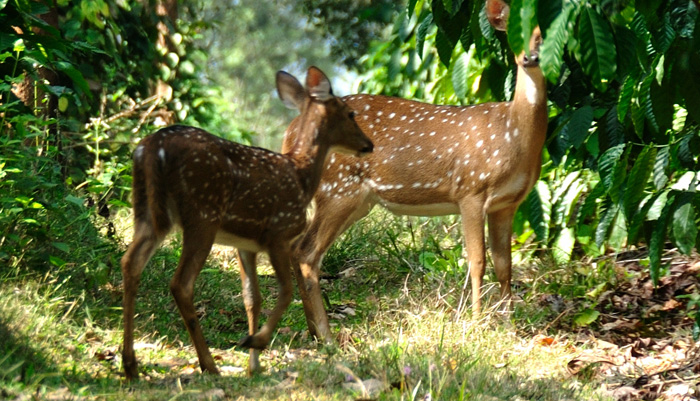 Speaking of small, if the leaf deer doesn’t make you go “awwww,” nothing will. These little deer look like babies, but even the full-grown adults generally reach only about 2.5 feet in height. They typically weigh around 25 pounds. 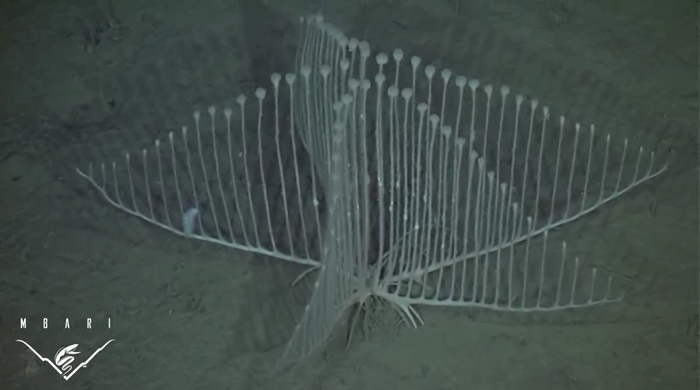 If you want to find “odd,” look no further than the ocean. Those shadowy depths hide all kinds of intriguing residents we would find quite alien by our standards. The harp sponge looks a bit like a candelabra sitting on the bottom of the ocean. Despite its delicate, elegant appearance, it is quite dangerous to crustaceans—which it in fact devours. 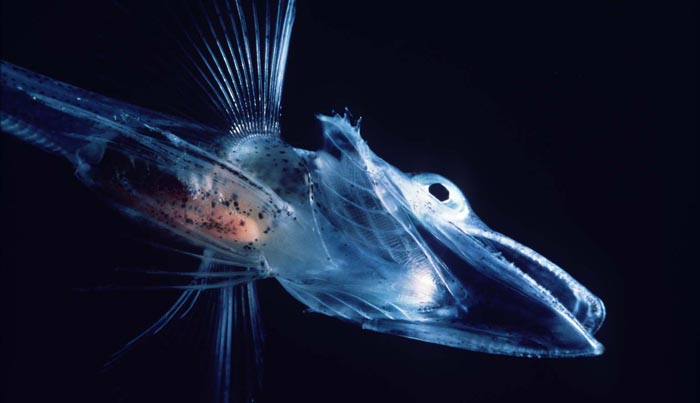 Ice fish live in the ocean around Antarctica. They have a super amazing adaptation to the cold water. Instead of blood flowing through their veins, they have a kind of natural anti-freeze that maintains their body temperature. How awesome is that? 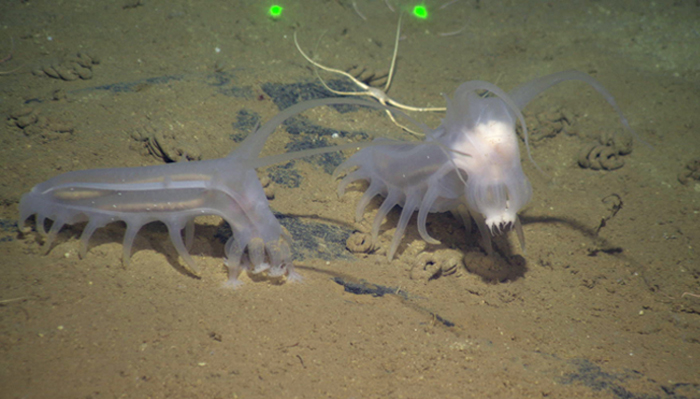 The sea pig is nothing like a pig, except perhaps in the flesh tone of its body. It is actually a kind of sea cucumber with feet. They tend to look rather fat and round. To a human being, they appear more than a little alien. They are actually incredibly common though, and inhabit sea floors of every ocean in the world, including the Antarctic. Often they travel in huge groups, sometimes in the hundreds. Despite their oddness, they seem to elicit “cute” responses, and even appear to be something of an internet meme. Good for the sea pig! 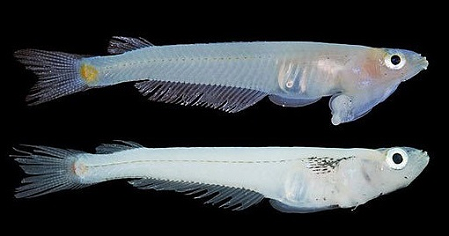 As the name indicates, what makes this fish unusual is its phallus. The male critter’s reproductive organ is located … on his head. The female fish’s genitals are also located on her head—though obviously not as prominently. We’ll forego a lot of punning and innuendo and press on to the next odd animal. 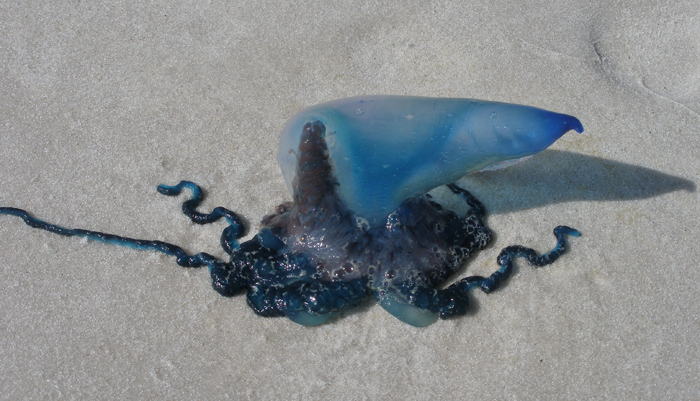 Regularly mistaken for a jellyfish, the man-of-war is actually a siphonophore. What the heck is that? It is an animal which is comprised of a colony of organisms which work together to function as one. Weird. 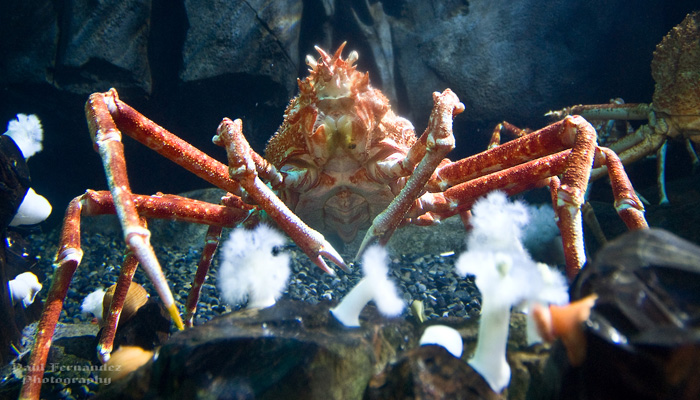 Want to give an arachnophobic diver a heart attack? Put a Japanese spider crab in his path. These critters have very, very long legs which can extend up to 12 feet. Despite their somewhat intimidating appearance, they are reported to be quite docile and friendly, and a lot less scary than many of the more innocuous looking species that inhabit the ocean floor. 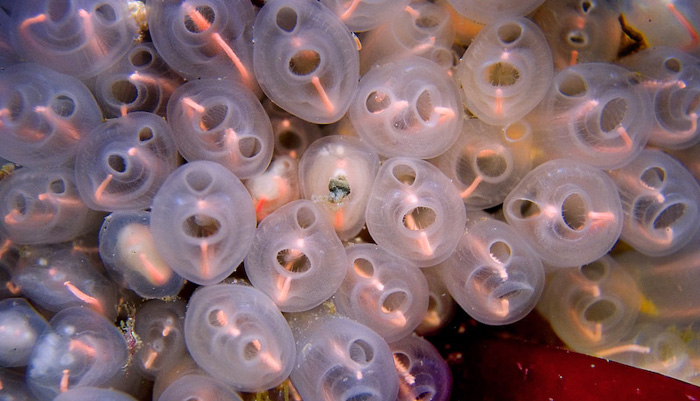 This one is not so exciting to look at, but it totally wins the bizarre animal contest. It is colloquially known as a “sea squirt.” This is a sea critter that eats its own brain. A marine invertebrate, it spends part of its life in a larval stage where it can swim around in the water much like a fish or any other mobile animal.

This is a relatively brief period in the sea squirt’s life. They cannot feed in this stage, so they swim off, find a nice little bit of seabed to settle in on, and then plant themselves.

Once there, they start feeding. They also begin absorbing their mobility features and gills. The eyes and notochord (like a spine) go next. Finally, the brain is absorbed. Having no need to move about anymore, all of these body parts are considered superfluous by nature and dispensed with (an intriguing indicator that eyes and brains are necessarily mainly for reasons of mobility and are unnecessary for stationary organisms like plants—no wonder many of us feel an urge to travel). The material is then recycled to create whole new body systems, including digestive, reproductive, and circulatory systems. Then the hermaphroditic tunicate reproduces, expelling brand new sea squirts into the world. It doesn’t get much more alien than that.

As if those animals above are not interesting enough, here are more weird animals that are also worth knowing about. These animals don’t necessarily look

First look at the Bush Viper, and it’s hard not to think of two creatures: snake and dragon. This one-of-a-kind serpent has an uncanny similarity with the famous magical creature with its somewhat prickly and feather-like scales. However, keep in mind that this animal is still a type of viper. That said, one should refrain from provoking it or else, it will strike like a typical viper.

The mantis shrimp is not your typical shrimp. First of all, it is endowed with vibrant colors which is not very common among regular shrimps. This colorful shrimp might look harmless at first, but don’t get too confident. The mantis shrimp has a punching power equivalent to that of a rifle bullet that can break shells and even an aquarium glass.

To top it all off, the mantis shrimp has eyes equipped with color receptors that are four times as many as that of humans.

The goblin shark is, without a doubt, one of the weird ocean animals that looks more like the predators from the thriller shark movies. This living fossil sports a protruding nose or stout to detect its prey. Along with its unique and extendable jaw that appears to unhinge when feeding, the overall appearance of the goblin shark is both fascinating and terrifying at the same time.

Here’s a fun fact about the maned wolf: it is not a type of wolf, and it may look like a fox, but it’s not really a fox. It is, however, the largest of all canids or the mammals of the dog family. It is also the sole species under the genus Chrysocyon. The maned wolf is best known for its relatively long limbs and long russet-colored coat. The maned wolf wanders in the wild and is usually found in Peru, Argentina, and Brazil among others.

The pangolin is one of the weird looking animals in the world but in a more adorable way. It looks like an anteater but with the scales of an armadillo. Speaking of scales, this protective layer of pangolins is extremely sought-after. As a result, it has now sadly become a threatened species.

The pangolin also shares the same diet as the anteater. It uses its long tongue to eat termites and ants, very much like the anteater itself.

Final Thoughts on the Weirdest Most Bizarre Animals

These wonderfully strange creatures only seem alien to us because they are so different from us. Nothing showcases the biodiversity of our planet better than a look at species we find bizarre or unusual. All of these critters have found totally different niches in nature than we have. Sadly, species are being lost rapidly every single year, and the biodiversity of our planet is shrinking as a result of our human influence. If we want amazing species like the sea pig and the spider crab to continue to thrive, we need to work actively to preserve and protect the natural environment.