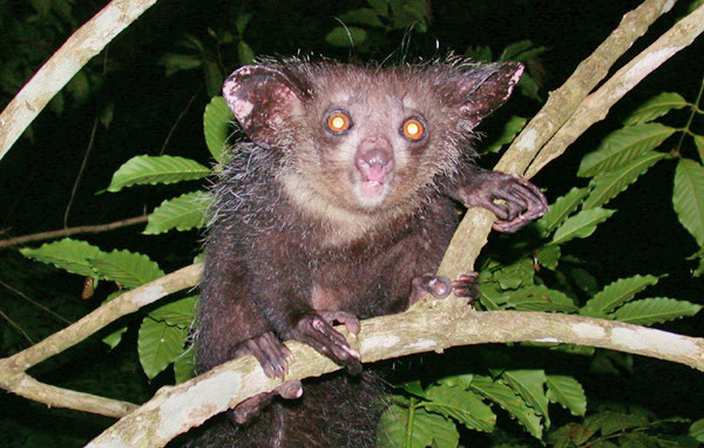 Rainforests are extremely diverse, containing a wide variety of plants and animals. Some of the animals found in the rainforests have adapted to the lush landscape, giving them characteristics that look quite strange to us.

Check out this list of the 10 strangest animals in the rainforest to see what we mean. Axolotls are aquatic salamanders. They owe their cartoon-like look to the fact that their metamorphosis from the larval to adult stage doesn't complete. Instead, they maintain traits from both stages. What results, is a creature that looks half fish / half lizard. Axolotls have external gills and finned tails. They can swim and walk, but they spend their entire lives in water. On rare occasions, an axolotl will metamorphose into a land salamander, dropping its gills and growing lungs to survive.

The native habitat of axolotls is in the rivers of the rainforest in Mexico, but there are very few left in the wild. Most axolotls are now found as pets, on dinner plates (some people eat them in Mexico) and in laboratories. The Jesus lizard's real name is the common basilisk. It earned the nickname "Jesus lizard" by walking (or running really) on top of the water. This lizard will run across the water to catch a meal or to get away from a predator. Although, it can only run on top of the water for 30 to 40 feet before sinking, but don't worry these little lizards can swim too.

The Jesus lizard lives by water and spends most of its days basking in the sun and hunting for food, and its nights sleeping up on perches. These lizards can be found running across the lakes, ponds, streams and rivers in Central and Northern America. Capybaras are the largest rodents in the world. They can grow over 4 feet long and weigh in excess of 140 pounds. Now that is big! These rodents are semi-aquatic and have partially webbed feet. They prefer to live in groups of around 20 and can be found living in rainforests, near flooded grasslands, marshes, swamps and other water sources throughout South America. The satanic leaf tailed gecko, whose real name is uroplatus phantasticus, gets its nickname because it looks like it has horns, but it doesn't really; it just has an unusual head shape. This gecko lives in Madagascar and is a master of disguise. Its tail looks like a leaf, which is useful, since this lizard lives up in trees. It can also change colors to match its surroundings. Proboscis monkeys -- particularly the males -- have huge noses. It's these noses that make the males so attractive to the females. The gals just like those big noses and find them quite sexy. The bigger the guy's nose, the more likely the female will agree to mate with him. These guys keep getting more and more attractive (in a female proboscis monkey's eyes at least) as they get older because their noses never stop growing.

Proboscis monkeys can be found on the island of Borneo, but their numbers are dwindling due to habitat loss. Rhinoceros hornbill birds look so weird because they have a casque that looks like an extra beak above their real beak. The purpose of the casque is to make the sounds of their squawks louder.

Rhinoceros hornbills are monogamous, meaning they stay with the same mate for life and they have a unique child rearing ritual. The mother lays her eggs inside a hole in a tree. The male seals the hole, -- with the female and her young inside -- using a paste of fruit, mud and feces, leaving only a small slit. The male revisits the tree daily, placing food through the slit to feed the female and her young. After about three to four months when the chicks are old enough to survive outside, the mother breaks open the hole. The aye-aye is a solitary, nocturnal primate that lives in Madagascar. It weighs about 6 pounds, has a bushy tail, long incisors, claws and a thin, long middle finger that it uses to catch insects. These unique features make the aye-aye look like a cross between a bat and monkey. The aye-aye's biggest predator is humans. Some humans in Madagascar kill these primates because they believe the myth that aye-ayes can bring about death. These primates are also killed by humans who consider them to be agricultural pests. You need lungs to breathe right? Well, you might, but the bornean flat-headed frog doesn't. This frog doesn't even have lungs. It instead, absorbs oxygen through its skin. Besides lacking lungs, this frog has hands and feet that look like paddles.

The bornean flat-headed frog is native to Indonesia and is endangered due to illegal gold mining, pollution and deforestation. If you happen to visit the rainforests in the Northeast region of the Democratic Republic of the Congo and see an animal that looks part zebra and part giraffe, you aren't going crazy; you have just seen an okapi. The okapi is a relative of the giraffe, but not the zebra, so we aren't sure where those zebra legs came from. In any case, this mixed and matched animal is quite adorable. It's also quite shy, which is why it wasn't discovered until the year 1900. The glass frog is the number one strange animal on our list because it has a see-through abdomen. Yes, you read that right. While, the rest of its body is a lime green, the abdomen is a translucent white, so you can actually see it's organs. No need to X-Ray a glass frog to see what's going on inside; just look with your eyes. You can find glass frogs in the rainforests of Central and South America, however, their numbers are declining due to deforestation.

That's it for our list. As you have seen, animals of the rainforest sometimes look strange, but we probably look pretty weird to them as well. No matter how unique they look, you have to admit they're also pretty darn cute.