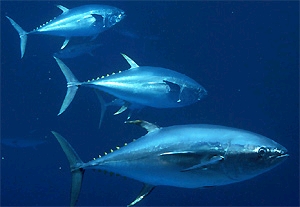 The Predator Conservation Network is dedicated to revealing the importance of predators and dispelling myths about these important species.

Predators can have a stabilizing effect on an ecosystem, a characteristics of a healthy ecosystem. A modeling study by the Conservation Science Institute found that large sharks in the North Pacific Ocean create a more stable system. However, if the sharks are removed from the system, such as resulting from a shark predator control program, the model predicts adverse and sometimes non-intuitive consequences. Once the large sharks are removed, smaller predators such as arrowtooth flounder and halibut are released from the sharks’ predation effect and their populations expand. The flounder and halibut consume smaller forage fish (high-fat fish important to many marine predators)   that would otherwise be eaten by endangered sea lions and seals. Commercial fishing closures would likely result to protect endangered sea lions.

Large predators can have a positive impact on ecosystems. Wolves chase their prey until they find an animal that is weak. This is very different from the opportunistic way coyotes generally hunt, they take whatever crosses their path. Wolves are also pack hunters who hunt cooperatively and whose populations respond very quickly to increases or decreases in prey availability. Coyotes are more individualistic, hunting in smaller units and responding very quickly to increases in the prey bases and very slowly to decreases due to the adaptability of their hunting skills. As a consequence of their different behaviors, they have different impacts on their prey. Wolves tend to eliminate the old, sick, and genetically inferior animals from populations while coyotes, bears, and cougars tend to take animals without regard to their condition.

Large predators control smaller predators. When wolves are eliminated coyote populations explode. Likewise, when coyotes are removed, foxes prosper. The overall result is an increase in the impact of predators on prey. Researchers have estimated that each reintroduced wolf pack (10 wolves) in Yellowstone will displace 50 coyotes. It’s easy to see that impacts to prey populations will be less from 1000 pounds of wolves than 1750 pounds of coyotes.