The word hydroponic comes from Latin and means working water, which is exactly how plants are grown hydroponically. Hydroponic plants are grown without any soil, often using a nutrient-dense water solution instead. Hydroponics can boldly claim to have the potential to save the planet for a number of reasons. It uses a lot less resources, such as water, harmful chemicals aren’t needed, such as herbicides and pesticides, crop yields are much larger, and hydroponics can be done almost anywhere. This could help starving nations feed their people and has even been linked to improving space travel by NASA.

Hydroponics can grow three or four additional growth cycles than traditional farming methods, depending on how long a crop takes to bear food. Another advantage is that hydroponics can be planted vertically, saving even more land. Currently, 21 percent of farming land is unused and nine percent is in urban areas, such as growing on rooftops, in gardens and indoor pots. If these are taken out of the equation, 11 percent of land is used for food. If hydroponics produce a minimum of three growth cycles in a year, there’s immediately three times more food, and that’s without planting vertically. Planting in three layers can produce nine times the amount of food with the land currently used, and that’s in just one year. This shows the huge potential of hydroponic gardening. Even more excitingly, you can grow hydroponics in your own home to produce your own food. 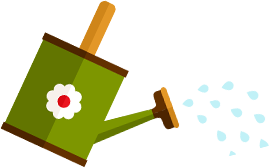 How Does Hydroponics Work?

Put simply, hydroponics is a method of growing plants without soil. Most often, the roots of a plant are suspended into a nutrient-rich pH-balanced water. Hydroponics has been used for growing fruits and vegetables on a large scale for a while now, but it’s starting to gain the attention of home gardeners, in particular, those who don’t actually have a garden. Herbs, flowers, vining plants and fruits can be grown all year round with very little mess or effort involved once you’re set up. The other great thing is that hydroponic plants grow about 30% faster, have a bigger yield, and you can’t under or over-water them, leaving less room for error. Companies like Ikea and Seed Pantry have caught on to the trend and are now offering hydroponic kits that are easy to set up, helping home gardeners grow their own food. 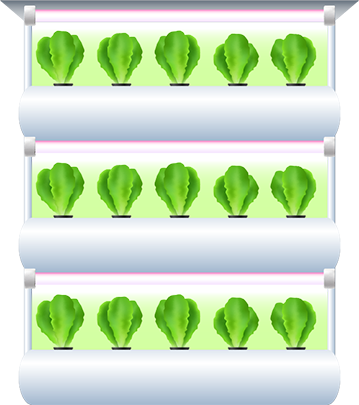 The Origins of Hydroponics

He found that spearmint and other plants grew better in water sources that weren’t pure, compared to growth in distilled water, suggesting the water contains vital nutrients.

A list of nine essential elements for plant growth was compiled by 1842, based on discoveries from various researchers that later led to a technique known as soilless cultivation. Growing plants in a mineral nutrient solution became known as a solution culture and became a standard research and technique that is still used today. 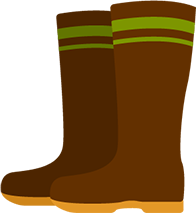 In 1929, William Gericke from the University of California started to grow tomato vines 25 feet tall in his backyard using mineral nutrient solutions and no soil, leading to much public interest. It was Gericke who coined the term hydroponics and revolutionized plant agriculture.

The university tried to get Gericke to release his preliminary research, which prompted Gericke to request use of their greenhouses and time to improve his research and understanding, but this was initially denied him. When it was granted at a later date, the university assigned two other plant nutritionists to re-develop his formula and prove that there was no advantage to growing without high-quality soil.

They believed that crop yields were limited by factors outside of the mineral nutrients, in particular light, overlooking the fact that hydroponics offers roots constant oxygen and they can’t be over or underwatered, a common gardening mistake.

Less Land is Needed for Hydroponics

Whether hydroponics is used to grow food on a commercial scale or you want to start growing your own food for yourself and your family, using less land is always going to be a bonus. Land on Earth for growing food is limited and some of it isn’t suitable either, such as due to soil depletion. Hydroponic grow pots can be placed in close proximity to each other without having any effect on the growth rate of plants, unlike traditional farming.

This is because the nutrient content in soil isn’t distributed as effectively as it is in water. Commercial hydroponics have been shown to consume an average of one fifth of the amount of land when compared to plants grown on traditional farmland. Part of this is due to being able to suspend pots, or grow vertically, to grow more plants in one area, such as with a multiple level frame.

When it comes to using hydroponics at home, this means that you don’t even need a garden to grow your own food, and if you do have one, you can use a lot less of it for the purpose, freeing up some space. Commercially, it takes a lot of pressure away from clearing land for growing food, helping wildlife to keep their homes and protecting ecosystems. 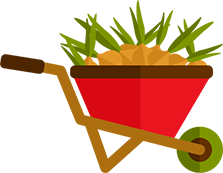 Buying local has become a bigger concern for many people in recent years, but it’s not possible to buy fruits and vegetables that are out of season without them being imported from a different country.

Just a lack of local farmland can be enough to result in food having a high carbon footprint.

Hydroponics offers growers the opportunity to grow close to distributors, cutting down travel costs, which can make food cheaper, increase profits and help the planet by reducing pollution and the consumption of fossil fuels.

Save on Water Use

You may think that hydroponics would use more water than growing with soil. However, this method can actually boast the opposite and saves a lot of water. Crops growing in soil need to be kept constantly hydrated and are at risk of drying out. Soil absorbs any water it needs at that moment and lets the rest sink past the plant’s roots.

Hydroponics uses a central nutrient reservoir, or water bank, which is usually circulated or fed directly to plants. The only water lost is through evaporation, but the water will generally be retained for days, if not weeks, depending on the method being used. It is believed that hydroponics saves a massive 90 percent of water that would be needed to grow plants traditionally. This is great for both commercial and domestic growing.

There are 7.7 billion people on the planet, a number that is ever increasing. There simply isn’t enough land that can be used for traditional agriculture to feed everyone, especially as land that could once have been used has become depleted of nutrients. Even land that is still used doesn’t produce as big of a yield of crops or as nutrient-dense food when compared to hydroponics.

A study from the University of Texas looked at nutritional data in 43 different vegetables and fruits between 1950 and 1999. It found “reliable declines” in the amount of protein, calcium, phosphorus, iron, riboflavin and vitamin C. The researchers believe this is due to a decline in the nutritional content of soil, which is caused by modern agricultural practices that force crops to grow quicker, bigger and resistant to pests.

Sadly, new land for traditional agriculture methods is being found by clearing precious forests, which is bad news for the planet and all of its inhabitants. Switching to hydroponics does still use land, but it significantly reduces how much is needed and will stop the need to clear forests. As soil isn’t used at all, it can give land the chance to recover from intensive farming, as well as providing food to areas with harsh climates and poor soil, for example in deserts. 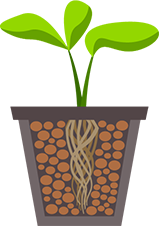 No Need for Herbicides and Less Pesticides Needed

Herbicides and pesticides are both commonly used in conventional farming to kill off weeds and keep pests at bay. Both of these are very harmful to both the environment and human health, being linked to Alzheimer’s, cancer, ADHD and birth defects. Pesticides can also harm the nervous system, reproductive system and endocrine system, as well as being stored in the body’s colon where they have the potential to slowly poison you.

Pesticides can be washed away with rainwater, too, which can contaminate waterways and poison other animals. They have even been found in meat and fish, showing that the problem is so widespread that herbicides and pesticides are everywhere.

Hydroponics requires no herbicides as there is no weed growth and significantly less pesticide is needed. Hydroponic plants are almost always grown in greenhouses where pests are less likely to get in, and greenhouses can be fortified to further resist pests.

Hydroponics was used on Wake Island, a rocky atoll in the Pacific Ocean that has no soil, making it the perfect location. Wake Island was used for refueling Pan American Airlines, so the food grown was used for hungry passengers. This was in the 1930s when it was expensive to airlift in fresh fruits and vegetables. In 1982, The Land Pavilion at Walt Disney World’s EPCOT Center opened, featuring a wide variety of hydroponic techniques. 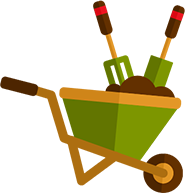 Starting Your Own Hydroponic Garden

Growing your own food at home using hydroponics can help with the massive food wastage problem. America alone is responsible for 150,000 tons of food waste every single day, with fruits and vegetables being the most likely to be thrown out. Growing your own food helps to make you less likely to waste it as you directly see the resources, time and energy put into growing it.

As with all gardening, experience helps and you should expect it to go wrong sometimes. Hydroponics can be done using other growth media, such as expanded clay, rockwool, perlite, sand and gravel. Using water has less room for error, but other media are better for novices.

Places like Ikea are starting to sell hydroponic kits for home growers, making it relatively easy to start your own garden. There are some initial costs involved in setting up a hydroponic garden, but they soon pay for themselves. You can reduce how much food you buy, can sell excess and save money over time when compared to growing with soil. There are plenty of videos and guides online to help novices learn to master growing hydroponically.

The Future of Hydroponics

NASA have been researching hydroponics for decades and believes it could help to advance space travel as it is a bioregenerative life support system. Hydroponic research is advancing rapidly, and technology is helping to make it easier than ever to grow food in this way.

It’s predicted that the global hydroponics market will grow from $226.45 million today to $724.87 million by 2023. As of 2017, Canada owns hundreds of acres of commercial hydroponic greenhouses, producing cucumbers, tomatoes and peppers. This is expected to continue to grow and other countries are sure to follow Canada’s lead.

Hydroponics has great potential for transforming how crops are grown. It can save valuable resources and offers the option of growing your own food in places where conventional gardening is impractical or impossible, as well as growing seasonal crops all year round. 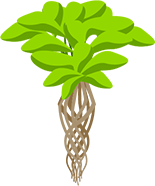